Vancouver      The opening saw street side lines for registration and security and too many people surprised at how cool the breeze comes off of the water even on a bright, sunny Vancouver morning.  The security was necessary because of the dignitaries in attendance.  Stephen Harper, the new conservative Canadian Prime Minister, was the main speaker.  He and his blue suited guards walked by me as they left the Centre and the whole gaggle of them were so non-descript, that I had to search them one by one to finally pick out the PM though he was only a couple of feet from me.  It started like that.

We joined representatives from groups around the world assembled by Humanity International Coalition in a rally in front of the Canadian Centre at noon.  Members from Vancouver ACORN stood out in their red shirts and were easily the largest delegation there — other than the press corps.  Representatives from Delhi and Mumbai spoke of the huge displacements, as did others from Zimbabwe and Nigeria (800,000 pushed out in the name of urban renewal there!).

Miloon Kothari, the Special Rapporteur on Adequate Housing for the UN Commission on Human Rights, as the moderator expressed the problem well in saying that he had never seen a time that was worse for the poor as they came into the cities.

Gwen Adams, an ACORN leader in New Orleans, came to speak for the ACORN Katrina Survivors Association, and gave a moving speech at the end of the rally.  She demanded that she and others be allowed to come back home and that the government do its job in making that possible.  As the band played the notes of the “saints marching in,” Gwen led the speakers and everyone in the crowd in a second line around the plaza and into the convention center itself, snaking around the delegates until bringing them back home.

Thirty years after the first Habitat meeting on urban settlements met in Vancouver, there was a feeling that promises were unmet as the population surges in cities and the plans and programs to meet the needs to the exploding urban poor continue to be too little too late and not much about nothing. 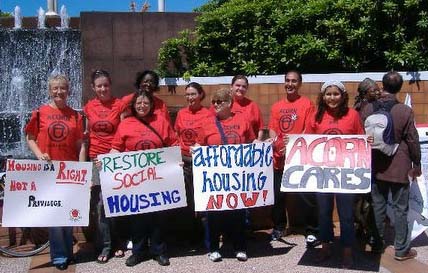 ACORN Members at the World Urban Forum’s rally for affordable housing in Vancouver, BC 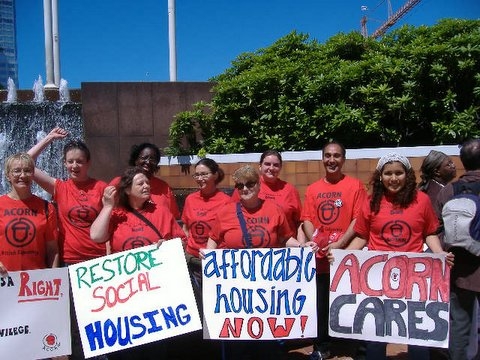 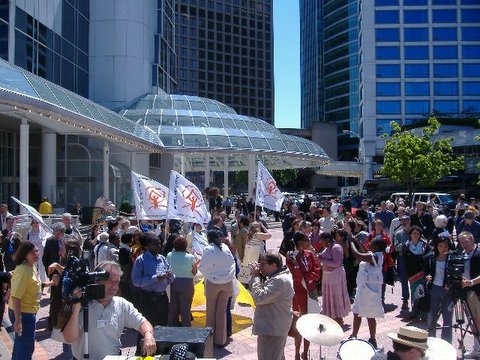 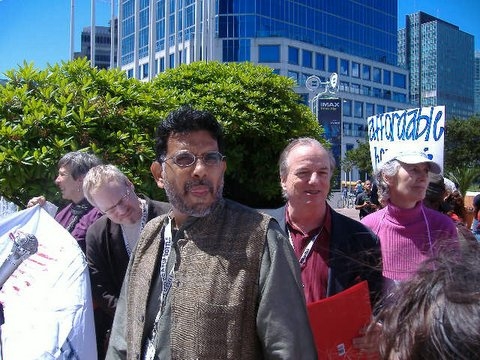 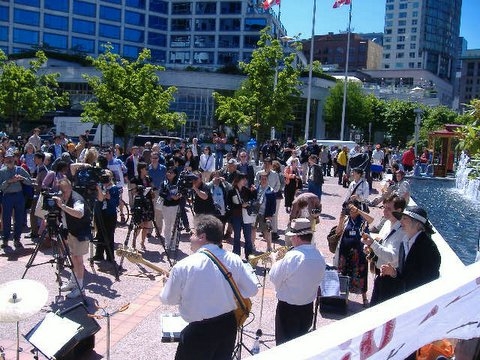