Vancouver       Gwen Adams was featured on Canadian Broadcasting leading the second line with real pizzazz.  The event pushed the message out across Canada that housing needed to be a clearer and more urgent entitlement.  Few cities make the point more starkly than Vancouver with its mountain vistas and seascapes.  The Vancouver ACORN office is moving this weekend to New Westminister and closer to our members since the space across from Liberty Plaza is just too far away from where any of our people can afford.

These were some of the themes covered in a roundtable sponsored by the Habitat International Coalition where I spoke along with what turned out to be about 30 others over a 3 1/2 hour period.  It turns out that just because they say you can have 30 speakers, doesn’t mean that you should have.  By the time we got to the post-disaster discussion where I spoke along with one of our friends from the Uplink in Indonesia, I could frankly thank the members of the Roundtable Survivors Association for staying with us until the bitter end.

I do not mean to say that we didn’t learn a lot and that there were not powerful presentations, because they certainly were plenty of these by many speakers.   The pure weight of all of these words was too, too much.  We lost the focus on presenting the demands around housing in the pile on.

More than anything, perhaps that is part of the point of an affair like the UN-Habitat’s World Urban Forum, to distract people from the work and let them get lost for several days in talk and networking without much meaning other than producing more words in reports that will unlikely be read and certainly not heeded?

Who knows, but when it gets to the point that that question comes up quickly, it’s time to come home. 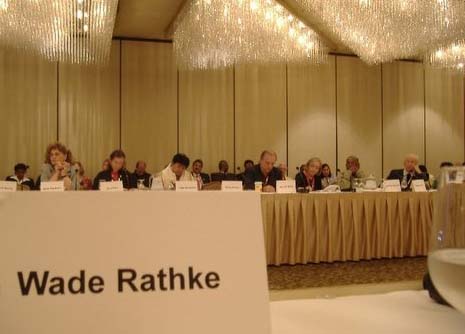 A view from the roundtable discussion at the World Urban Forum 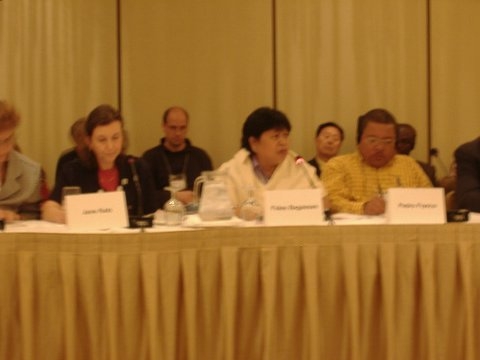