July 18, 2006 – San Antonio: For five years the City of San Antonio has pulled together a housing summit. This year the opening plenary was a panel, where I was honored to participate, on the questions raised by Katrina. The panel took its theme from an edited volume scheduled to be released at the 1-year anniversary, called No Natural Disaster: Race and Class in Katrina or something very close to that title. The volume is being edited by Chester Hartman and Gregory Squires. On the panel were the two of them, myself, John Powell from Ohio State, as well as a researcher from a CRA outfit in DC and a woman from another institute that studies the impacts of policy on women. About 500 were registered for the conference but the opening session started punctually with 10% of that number at 8:30 AM and built up to over 100 by the time I got to close the panel. I kidded that they had largely invited me so that the San Antonio ACORN delegation would show up thanks to the prodding of our esteemed and long time office director, Michelle McClelen.

It is interesting in a session like this, almost 11 months after the storm to feel the tension, passion, and confusion, as people of abundant good will continue to try and wrestle with the contradictions and questions of Katrina. At one level we were dealing with the obvious — the searing pictures of the convention center that would never change and were backed up by one set of statistics after another. My friend, John Powell, got people’s attention best by quoting an old risque Richard Pryor joke. In the joke Pryor is in bed with another woman when his wife walks in, and he boldly confronts her about whether she is going to believe him or her “lying eyes.” This first part of the Katrina story, I have come to believe, is easy — the disparity of race and class in the immediate aftermath is shocking and searing and one can not turn one’s “lying eyes.” Perhaps this is the only lesson from Katrina that can not be avoided by anyone and is uncomfortable for everyone.

But, thinking about all of this now — on a plane between San Antonio and the next stop — it is amazing how much the clarity of the initial story has been hijacked over the last 11 months. The work of elites, developers, folks of all stripes with mountains of agendas, scarcely revealed, continue to wear away at the simple New Orleans narrative, and deliberately complicate the road back home. In the Q&A at the end of the panel, a white developer from Dallas, who owns mid-up scale apartments that housed 80 or more New Orleans evacuees, asked a question that confounded him. In so many words he did not understand how people who clearly had better housing and opportunity in Dallas and who he believed wanted to stay in Dallas, were suddenly to his totally confusion abandoning his units in droves to go back to New Orleans. The fact that the evacuees are experiencing 25% unemployment was not part of his data set. Any understanding of the obstacle provided by school semesters needing to be finished so that folks could return in the summer missed him. He knew — from the pictures — that Dallas was a better place. The notion of changing the story and winning the point — back home — missed him completely.

I wonder what we are really learning? A story came out that I could not quite read on my Blackberry of the 10 most threatened American cities. New Orleans was number 2, but Miami was number 1, and Oakland-Hayward was #3. What will be the issues when their time comes? Will there be lessons learned?

Heads shook in assent, when I reminded the audience in San Antonio that New Orleans was not so terribly different than their city. Both were low wage, majority minority cities, dominated by the service sector, especially tourism.

What had they learned? 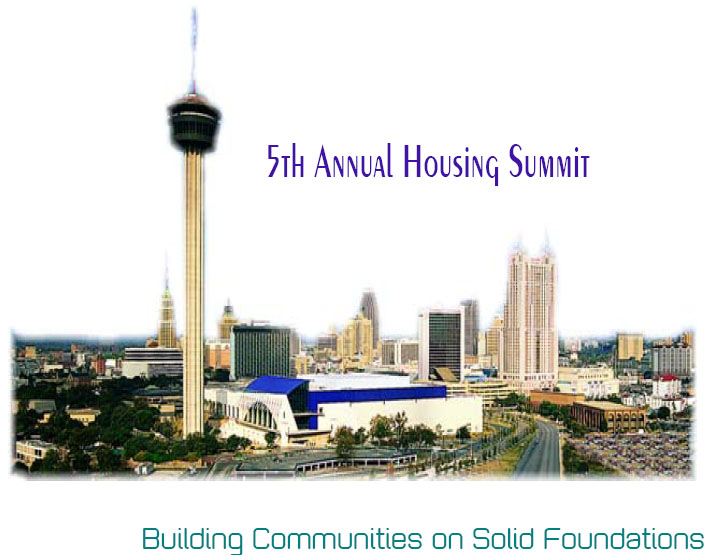