Buenos Aires       Through the magic of Google Talk and Skype (not to mention my trusty Nextel, which is too pricey to use for other than emergencies), I can talk to our offices regularly from our new Buenos Aires headquarters without it costing a dime.  Add to that the additional fact that the Treo cell at least gets incoming calls here, just as the Nextel does, and that the blackberry works, and the main difference becomes language and weather (winter here!).

Perhaps this is a long way of saying that there are some interesting things happening around the world!  Assessing the progress in India continues to be encouraging.  There were three meeting in as many recent weeks, two in Delhi and one in Malund, outside of Mumbai, which seem to demonstrate that the grassroots movement of the campaign is moving into the right gear.  Attendance ran in the range 100-200 at each event and the traders are becoming a formidable ally in this effort.  Give a double-click and take a look at the updates and pictures on our www.indiafdiwatch.org website for some great new reports that will let you share this work as its happening.

While I’m at it, Wal-Mart seems to still be going ballistic over its defeat in Chicago.  The pressure is on non-stop and they wisely have pushed Target into the fray to take the point.  Yesterday, Target threatened to not open two stores.

What is it about “pay up or shut up!” that these outfits don’t understand? 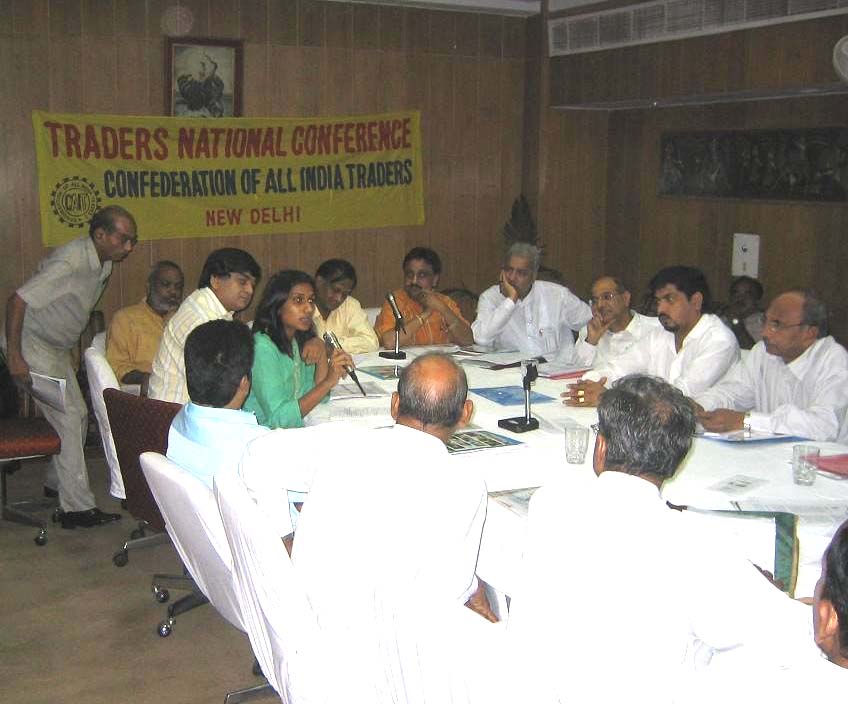 The Confederation of All Indian Traders (CAIT) national conference at which a National Coordinating Committee to Oppose FDI in Retail was formed.