Athens        Reading the reams of material prepared by Barbara Bowen, the Organizers’ Forum coordinator, and book after book to prepare to lead our delegation of twenty from the Organizers’ Forum in Turkey, one is reminded of aberrations of global policy that are so extreme that one can not imagine what in the world “the powers that be” could have been thinking.  The hubris that could make it seem alright to uproot literally millions of people and forcibly displace them is just past the scope of the modern imagination even as inured to horror as we have become.

The partition of Pakistan and India that moved Muslims into northern India which became Pakistan and Hindi from the same area to the new boundaries of India is still a contemporary debate with seismic aftershocks more than 50 years after India’s independence.  One forgets that the same thing happened between Turkey and Greece, when 400000 Turks were moved from the national borders of Greece back to Turkey and more than 1,000,000 Greeks were moved from Asia Minor back to Greece; almost single handedly impoverishing the country over night.  How could the two countries expect to absorb successfully such huge populations?  It was in this same time period that the Palestinians became stateless sparking the seemingly endless wars and hatreds around Israel that rage to this day.

These between wars map drawers that shuffled whole populations backwards and forwards with the arrogance of empire and the conceit of victory have left us a mess for generations, yet reading new rants about imposing democracy and treaties that have no meaning for us combined with new prescriptions based on our current illusion of power make one wonder if we have learned anything from the 20th century follies?  Watching CNN report on a new military coup in Thailand and riots in the streets of Budapest again make it seem like we are in a purgatory of de ja vu.

When will we all begin thinking? 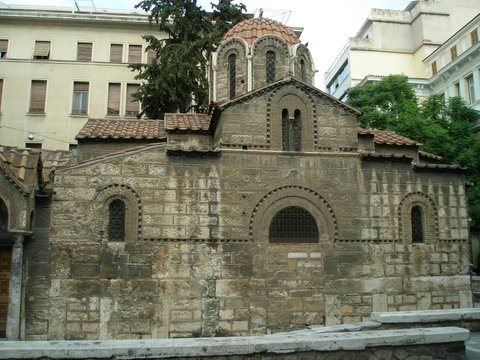 Old greek orthodox church in athens.
Hadrian’s Gage with the Acropolis in the background. 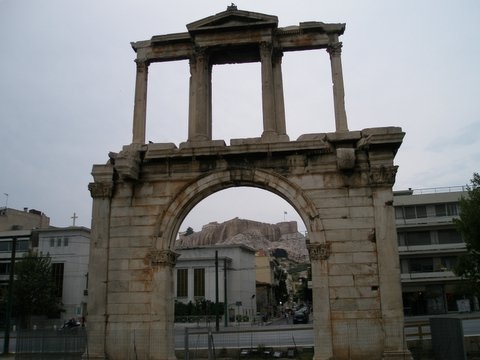