Ankara      Yildirim Koc, a veteran of 30 years in the labor movement, 3 years in a Turkish prison after the ’80 coup for his trouble, and currently an economist, writer, and teacher as well, opened our first Organizers’ Forum (www.organizersforum.org) session with a thorough view of the history of labor over the last 100 years.  His command of the dates and details was exacting and his perspective though anti-West from the left side were presented in a hospitable manner conditioned by years of debate within the academy.

Midway though he caught our Canadian and US delegation off guard by drawing an interesting and distinguishing “Turkish” distinction, as he saw it, in that government was subordinate to the state.  We are all trained in a political tradition that equates government and the state, rather than admitting to any separation.  It was hard to come to grip with a situation in which the state, as Brother Koc called it, was not accountable to the “government,” meaning the elected bodies, but both independent and superior to them.  Under questioning from many of group, Brother Koc, argued that the state gained its authority essentially from the war of liberation and the creation of the Republic eighty years ago under Mustafa Kemal Ataturk, and its ability to articulate and position itself as the protector of critical founding principles backed forcefully by the military, seen as an elite body in Turkey.

It is an interesting distinction that speaks to the uncertainty of governing principles and the search for stability.  Countries frequently have foundational principles that trump political debate.  In the US the bill of rights speaks to these issues and the way they compel agreement.  In India the fight against colonialism still speaks that way.  It is more common that political movements adopt the principles and argue that in different ways they are best able to practice and protect them, than it is to see a set of institutions and separate structures defining this separate from popular expression and politics.  Such a role legitimizes coups and authoritarian and undemocratic practice.  Troubling acceptance of a frightening concept, when you think about it! 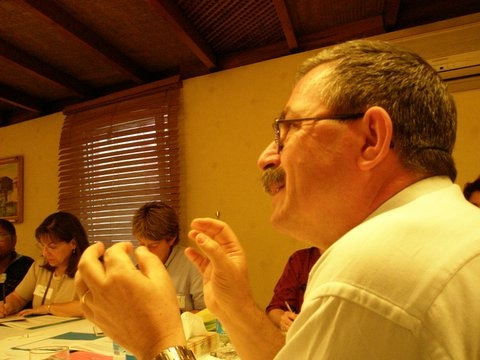