Istanbul       One afternoon we met with representatives of a number of different women’s organizations and then the next day the delegation from the Organizers’ Forum (www.organizersforum.org) met with the leader of a large women’s non-profit.  I was both impressed by their grit, spirit, and determination, and sadden by how long the road before them appeared to be.

The women activists around gender and sexual issues were a very small band, especially considering the size of Istanbul.  The lesbian women’s organizational representatives indicated that they had 30 members and 400 on a mailing list of sorts in this city of 14,000,000.  They were all-volunteer and felt luck to make rent every month in one way or another.  It felt unfair to ask them how they were able to deal with women’s issues in a larger form, because the capacity was simply not there.  Other activists within the teachers union seemed to have more support, but the whole affair seemed tenuous.

Our North American delegation was 3/4ths women.  The most pleasant surprise in the way one tends to see the world in one’s own shadow had to do with the “right to choose.”  Given the fact that we were having to ask about “honor” killings of women and what seemed stark oppression, there was almost a gasp when the women answered matter of factly that abortion was simply legal and women had the legal “right to choose,” and this was not a matter of dispute or contest.  Using it might be different, but this secular society had taken this issue out of debate and settled it in a way that is not the case in the US at least.

We were surprised in our next meeting with a women’s organization not far from Timsik when we walked up to the 4th floor for the meeting.  Compared to the other meetings, here was something substantial.  The Foundation for the Support of Women’s Work had been formed by women after the 1980 coup in about 1986, who were politically left and aware, isolated from labor, and who wanted to see if they could support women and their work some way or another.  They had organized child care coops, leadership training, and other initially service based projects with lower income women in the communities.  This was an effort closer to serious community organizing in its ambitions than anything we had seen outside of the housing organizer with the Roma.  We were meeting in a building they actually owned, and they had been involved in numerous fights to win space for their organizations to operate.

On the 1st floor I walked briefly through their thrift store.  Part of what was clear about the Foundation was that no matter how one might quibble with the degree it was simply service or more organizing or advocacy, there was no question a large difference was that they had come to grips with the issues of sustainability and met them head on.  When asked about their programs, they indicated clearly that “they paid their way.”  Their child care centers worked on a sliding scale not on grants or government funds.  They fought and won buildings for their operations from city officials in meetings more than actions, but they got it done.  They had a small grant here or there, but it seemed very small.

Women or men with the ability to control their resources and develop capacity like the Foundation, or the Human Rights Association, or our brothers and sisters in the labor movement, despite the huge challenges they face in this difficult but exciting country, offered me the most hope, because they had the means to find a way.  We had seen this earlier talking with the official from the Chamber in Ankara.  Once the puzzle of building a mass base and supporting it could be put in place, then any quibbling about tactics and strategy would seem minor as the organizations step into the void and begin to fill civil society and create a progressive force here in an autocratic governmental regime.
I took away this small hope from a week in Turkey. 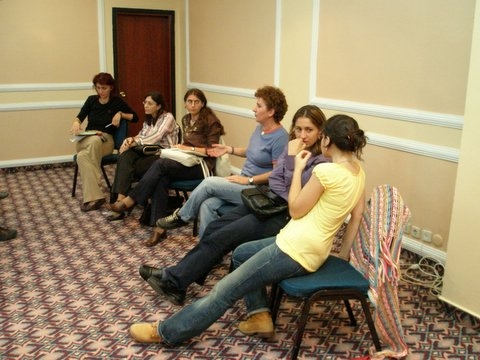 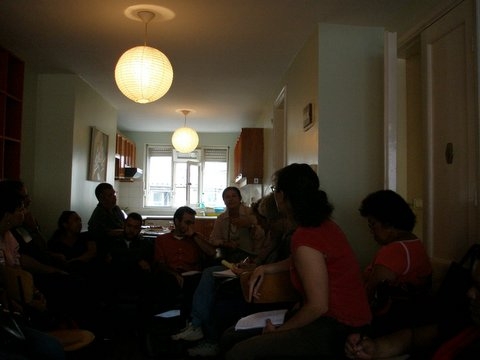