Amman       Virtually from the time I landed in this relatively modern and westernized city of 1.5 million people in the high desert of Jordan, I had been hearing from Rick Hall of the AFL-CIO, during his time as part of the Organizers’ Forum delegation (www.organizersforum.org ) and now from his associates with the Solidarity Center about the complaint they had recently filed against labor practices in Jordan and quick reaction from the Jordanian government.  Even the first night as we sat outside eating on a patio in a restaurant in the city, a happenstance meeting with an attache from the US Embassy had her lobbying for a briefing to get up to speed on the case and the charges behind it.  What’s this all about?

Interestingly, the United States — Jordan Fair Trade Agreement (FTA) is the only one of the series of trade agreements that included the infamous NAFTA and CAFTA agreements where there actually was an inclusion of environmental and labor protections on the same basis as other problems between the countries, including the same remedies.  It is especially interesting to hear about all of this and to now see the first steps of an actual complaint having just left Turkey, since one of the great hopes for the labor movement in Turkey was that the accession to the European Union would require the same recognition of the International Labor Organization’s (ILO) Declaration on Fundamental Principles and Rights at Work and enforcement of labor laws.

Looking at a summary of the complain Rick shared with me it seemed to high the high points of infractions that one hears everywhere along with some different wrinkles in Jordan.
* Foreign workers (236,000) are barred from union membership which is only a privilege of Jordanian nationals.
* The Minister of Labor gets a say on union statutes and by-laws (sound like the US?).
* The government gets to decide what industries can have unions and which could not (maybe we can get an ILO complaint for the US!).

Anyone has standing to file such a complaint under the FTA, and this one was filed by the AFL-CIO (www.aflcio.org) and the National Textile Association in the US.  The response from the government has been intense and “taking umbrage” might best describe the reaction.  The Jordanian government has argued that they were already correcting these problems and are accusing the complainants of jumping the gun, and so forth and so forth.  But, the wheel squeaked and there started to be rumors while I was here that the government may be yielding to some freer rights of association for labor in current negotiations which they had not previously be willing to concede.

Regardless of how this shakes out, if there is going to be bite with the bark, then complaints like this one have to be filed regularly and religiously and the government needs to respond accordingly.  Jordan and the US could actually prove that including this long sought language by labor in these fair trade agreements really works and that it is not the end of the world.  We might even end up playing a real role for solidarity and the improvement of labor conditions around the world.

Now, wouldn’t that be wonderful?!? 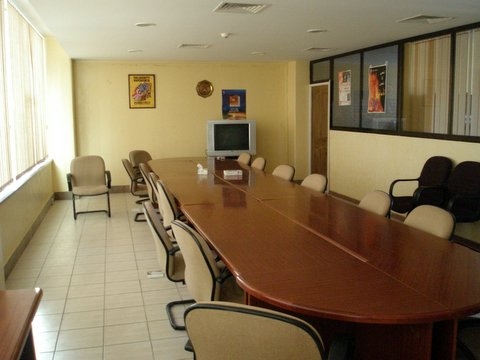 Sustainability,The Jordanians have understood trade for thousands of years so why not labor as well.
Dues.
A picture of the Treasury at Petra
The Ampitheater
a Roman road at Petra 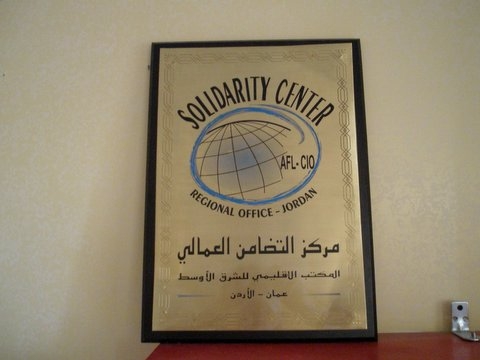 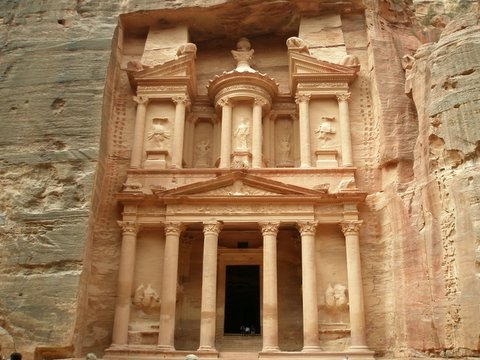 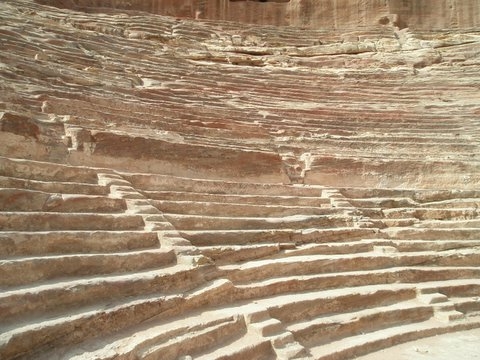 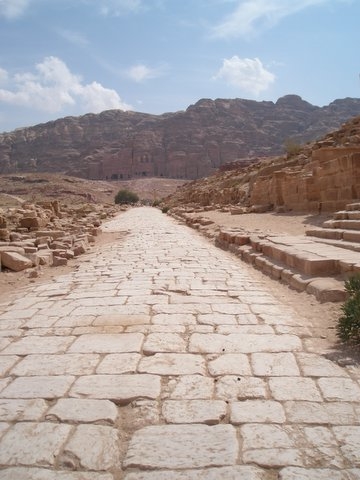