New Orleans        Early on Saturday morning Scott Hagy, the ACORN Services Construction Manager, picked me up in his truck and we went out to kick the dirt around ACORN’s building sites.  The big news was on Delery Street in the very northerly corner of what is now the famous Lower 9th Ward.  After many months of planning, stops and starts, and last minute delays, our partnership had finally begun construction on the first new house in the Lower 9th!

This project was a partnership between LSU, ACORN Housing Corporation, ACORN Services, and others.   The financing had largely been put in place through Countrywide by AHC.   ASI had recruited the labor because some of this program was about training.  LSU, particularly our friends Marsha Cuddeback and Frank Bosworth, designed the houses and make the blueprints, along with raising some of the money to make these first couple of houses happen.  ACORN organizers, especially Tanya Harris, had worked to get the first homeowners to sign on the dotted line and commit to coming back in these new houses on their original lots in the lower 9.  It takes a village to rebuild New Orleans!

Even while Scott warned me about the millions of things that could go wrong on this “job,” I couldn’t help but be excited to see something rising in the lower 9th, as opposed to everything falling down.  These were going to be houses that could withstand almost anything that the future might throw at them.  The rafters were strapped to the pilings.  The house would be more than 4 feet above the grade.  I could get excited imagining how our members would make this new space into storage for a lawnmower or tools or a barbeque grill or this that and the other — an open air basement of sorts.

I’ve attached some pictures of the first new construction in the lower 9th ward on Delery Street so you can share the thrill of finally seeing some real rebuilding in New Orelans! 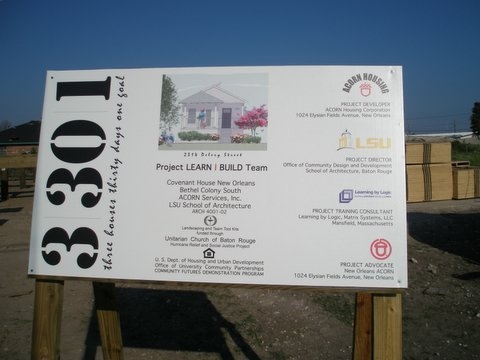 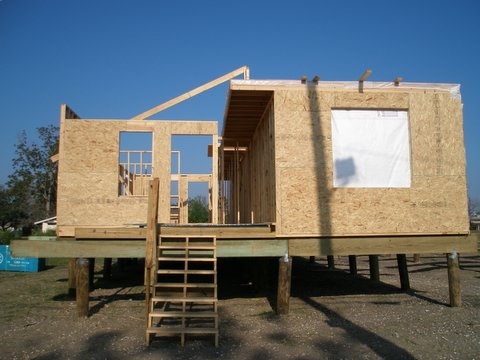 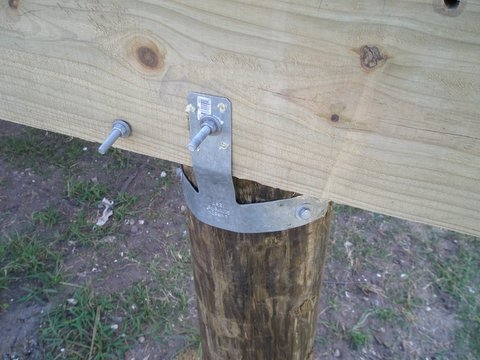 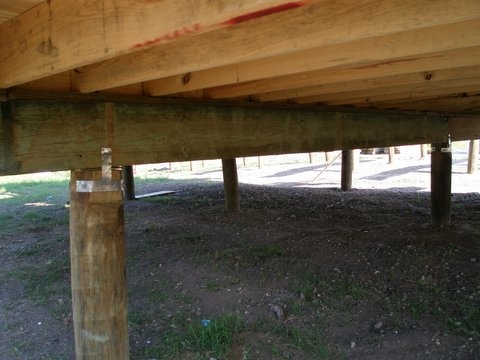 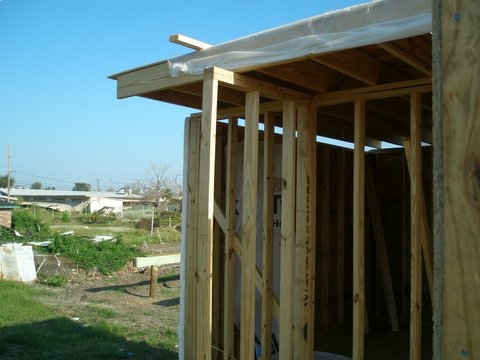 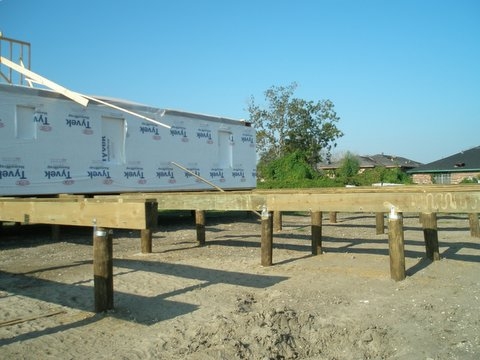