New Orleans         A lot of big whoops, many of them who seem to be Republican partisans to a fault, are really upset that there may be a higher state minimum wage in the state of Missouri. They seem to be willing to go to any ends in order to confuse and dissuade voters on one hand and attack ACORN on the other.

For the last several weeks in St. Louis and Kansas City there has been a barrage of attacks on the basic citizens’ right to vote and on ACORN as an organization trying to register new voters and insure they get to vote. Here are some facts:

* In Missouri the law is simple, if there is a signature on the bottom of a
voter registration form, it must be submitted.
* Voter fraud for all of the loose slamming and throwing words around only
happens if someone tries to vote who is in fact not registered or
ineligible.
* ACORN is 100% committed to the fact that any agent or employee who
might have tried to defraud the process should be prosecuted, because
they have not only misrepresented the organization, but they lied to us
and defrauded us sine we have paid them for a job that they did not do.

We encourage anyone to investigate these matters, and we cooperate completely.

In St. Louis the biased election official, Leiendecker, is a Republican appointed by the Governor. It’s the Halloween season and he’s been on a witch hunt and believes the witch is wearing a red t-shirt and an ACORN button. Here are some more facts:

* He has refused to allow us to see any of the alleged “wrong”
registrations in order to be able to determine whether the problem is as
simple as illegible handwriting, a wrong address from motor vehicle, or
something that is amiss.
* He has a woman on his payroll — a former ACORN canvasser — making
accusations that she was “forced” to work and register to support the
Democratic candidate for Governor, which is a total fabrication, but is the
story she was clearly paid to tell.
* In a deliberate act of voter suppression at the end of the week he sent
out 5000 letters to registrants submitted by ACORN to ask them to
clarify their status, but the intent here is simply to confuse and
discourage their registration and voting. We will be in court as soon as it
opens to stop this with our lawyers.

Hey, the work of the pubs to prevent lower income and minority voters from getting to polls to vote is an old story, it just has some new locations, some different faces, and ACORN in the crosshairs rather than SNCC, NAACP, CORE, or others. Sooner or later, we need to bring this back up to the front page and tell it like it is. In the meantime, we are not going to let this stop us for a single minute. I’ll promise you that! 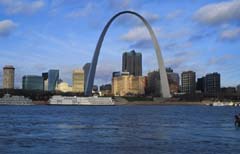