New Orleans         Steve Bradberry, the head organizer of New Orleans ACORN, and I were delighted to be invited by Professor Ken Reardon, our great planning partner since the storm from Cornell University, to welcome the troops for their field work in the 9th Ward. There were some 60 students from Cornell and Columbia in the room along with a bunch of professors, and another delegation from the University of Illinois was still en route. Coupling this field work with our members’ boots on the ground gave our planning team real heft in surveying the real needs and aspirations of people in the 9th ward as well as the condition of the properties on a block by block basis.

In the wake of the political capsizing by the so-called “united” planning group and their “rescinding” of the ACORN Planning Team’s contract, it was especially gratifying to see that our partners — in Ken’s words — had weathered the “first wave over the bow.” They understand that there were ethical issues that had to be met head on when the “powers that be” scuttled the work of ACORN as a lower income community organization or “client” as they called us.

It was great to be part of welcoming them down to put their feet on the ground with us and work arm in arm to get the job done. Within hours they had done 35 family surveys. By the end of the first full day they were over 100. The “physical team” had also surveyed 100 blocks, including taking almost 30 pictures of each house on the block, so that we would know everything that we needed to be able to advocate for the rebuilding. The reception from people throughout the neighborhoods had been amazing.

There were some questions on the Byzantine details of the “rescinding” for Steve and me, but by the time I saw the students and their faculty advisors again on Friday morning, that was all history. They had been on the ground and heard what people were saying themselves and the theory was now gone and the justice was once again clear in their eyes, and they were not just partners, but becoming closer to blood brothers.

I will say this from my hard core anti-academic background: these schools rock and I owe them debts for our city and their work and we will all spend a lifetime trying to repay them for the help by rebuilding New Orleans. That’s what really being partners means! 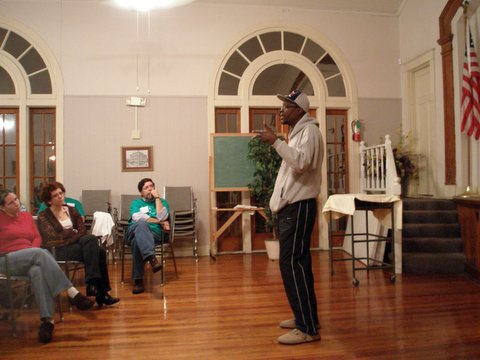 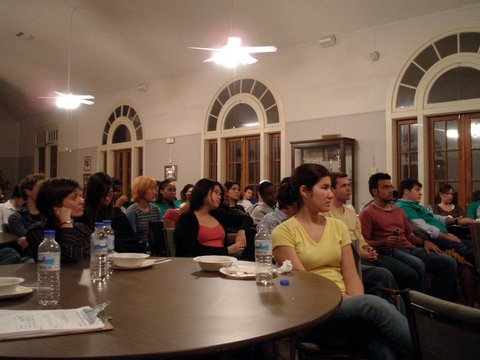