Seoul, South Korea  Rev. Kim directs CONET — the Korean Community Organizing Information Network based in Seoul. Fides Bagasao had just arrived from the Philippines to transfer the headquarters of LOCOA — Leaders and Organizers of Community Organization in Asia — to Seoul and co-house with CONET. A merging of the forces and a meeting of the minds in many ways, so it was a pleasure to be able to spend a couple of hours catching up on how they were handling their training programs and what they saw developing with peoples’ organizations of the urban poor in this huge part of the world.

Both are smaller operations but with big jobs because they are meeting increasing demand for training across broad distances and multiplying sectors of work often without the resources to provide all that is needed. CONET, to its credit, is largely self-sufficient on fees for its three and six month training programs. It is inspiring to find that there are enough organizers that commit to the training, meaning coming to their offices in a small, but well appointed house around more corners and alley ways than I could remember for 5 hours each week throughout the period. CONET has 3 full time trainers and 21 trainers who work part-time to help with the load. Quite a crew!

As always in a culture that respects tradition and elders, we spent some time on memory lane. They date much of the impetus in organizing to a visit by Saul Alinsky in 1971 that was arranged by Herb White, a minister and organizer, who spread word of community organizing in the Philippines, Korea, and India during several years in both places. Those were the good days when churches from the US, Germany, and elsewhere supported the birth of community organizing in this part of the world. The lack of support from some of these sources and the lack of self-sufficiency of most of the organizations has made the going harder.

We spent some time tracing the direction that various strands of the work are moving now either along the lines of ACORN and its membership base or the church-based approach favored by a number of other networks. The questions were rapid fire on these points from my friends.

We sometimes talk about working in the vineyards. Rev. Kim and Fides are doing just that even though there’s nothing but concrete anywhere around them.

We need to help these hardy plants continue to grow. 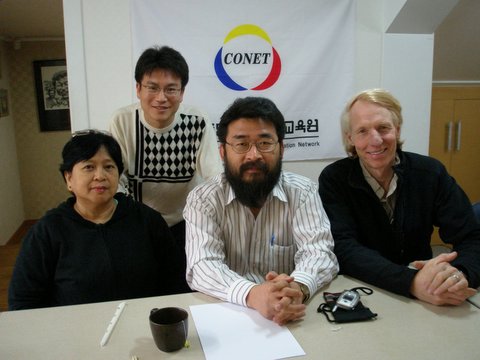 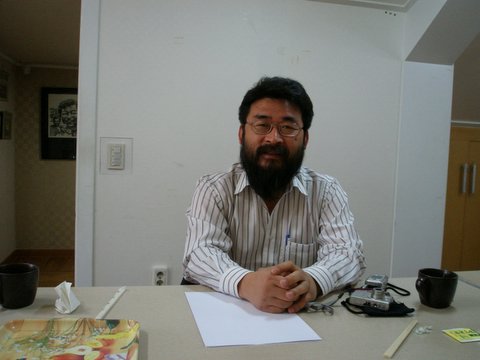 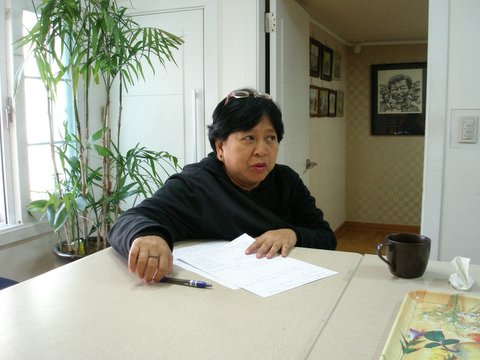