Seoul, South Korea  On the road one meeting leads to another. Sometimes one pushes forward with little but trust for the guide in this case the indefatigable Na and the stone-cold commitment to working a full day. I was coming to the end of the trail. We were going to meet with the Democratic Labor Party. Na thought perhaps it might be interesting, but he didn’t know much about them.

We met with their trade research and policy staff a trio of bright, young men under the supervision of an older, friendly but easily bored party veteran. The party was young and only organized in 2000. They were one of the minor parties with 8 seats, but facing the problem of a left, socialist base looking, as they described it for “a third way,” which I agreed was the current project for all of us. More seriously despite their seats they were concerned that the popular vote for the party had fallen in half from about 16% to closer to 8 or 9% now.

As we talked though we turned a corner in the conversation and stumbled onto the motherlode. It turned out that these three young stars were deeply involved in researching the impact of the sudden opening of foreign direct investment by Korea and its somewhat devastating impact on small traders and market places. Belts on, we’re taking off, now!

It seems that after an announcement in ’97 (if I got the date right?) within 2 years (following the economic crises) there was a full scale opening of FDI in retail and Wal-Mart and the gang of wannabes rushed into the market. Wal-Mart did not survive long, as we had heard earlier from the union. The researchers confirmed that the company could not compete against strong domestic operators and their sensitivities to cultural preferences. Tesco continue as a joint venture.

The expansion of this model though with FDI was huge. For each 3 new superstores statistics have now computed the loss of over $200,000,000 in overall sales in the general market place, as purchasing concentrates. Market share has also quickly segmented with the Samsung brand, E-mark, leading.

Estimates indicate that of the 1500 public marketplaces that remain in Korea within 15 years they will all be gone. Everyone last one of them and with it all of the traders, storekeepers, hawkers, and purveyors of every sort that depended on the market for a livelihood.

Is this strange? In New Orleans just blocks from our headquarters on St. Roch was the last remaining public marketplace of what once were over 75 in the city alone. Before Katrina the fish market had become simply a food stand. Since the storm it has been closed totally.

Number of jobs lost? We will have to talk more. Estimates were hundreds of thousands but these young stars were too serious and intent to simply guess. They grabbed my brochures from our campaign in India, and all heartily shook hands as I left with Na, having found new friends with common cause! 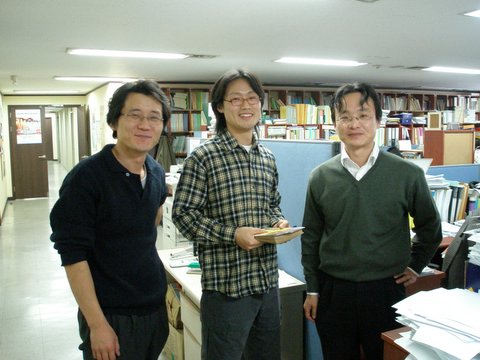