Tokyo, Japan  Changing planes during my 24 hours of travel back to the United States, it struck me that in both Korea and Turkey I recently heard very interesting stories of community based organizations in difficult markets fighting municipal authorities for office space — and winning! These things matter because in tight and expensive markets the ability to create affordable housing for non-profits without sucking out all of the resources from the core program matters.

I was struck by this point in visiting with the Unemployed Relief operation of Incheon. When Na and I walked from the subway, I was confused. All that seemed around us were auto parts and supply shops on one side of the road and a sports stadium on the other. When we actually turned into the sports stadium parking lot, I thought initially that we were simply asking directions. Instead, we were led up to the mezzanine level, where in several small spaces overlooking the parking lot, the organization had its headquarters. Asking the director later about the space, it turned out to have been a campaign of sorts for them to force the municipal authorities to provide them cut rate space, and they had been housed here in this unlikely venue for a number of years.

On one of our last visits in Istanbul with the Organizers’ Forum (www.organizersforum.org) with a non-profit working with women and child care issues we were impressed at their ability to have achieved some self-sufficiency with their child care operations, but we also asked about the four-storey building where they were headquartered. On the first floor they had a consignment shop which raised money. They owed the building now it turned out. The director told us that they had pushed hard on what we would call city council people to get access to city property for their operations, which elected officials could swing in their districts. This had been a long campaign for them, but important, and successful.

In Buenos Aires in the first campaigns in the Boca we found that the old, batten board houses so unique in the neighborhood were all owed by the City and sublet, somewhat capriciously to tenants. This could be a source of similar space?

All of this adds up. Organizations need to conserve resources. Many municipal spaces are available and underutilized. Why not follow the lead of groups around the world? 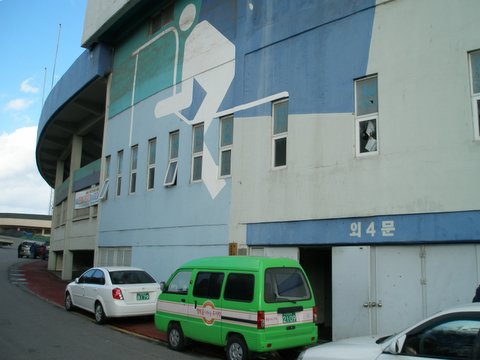