Dallas              The Year End meeting was a back in New Orleans again this year.  On the dawn plane there were people heading home in every direction.  Reports said that the clubs on Frenchman on Saturday night were all filled with ACORN people.  Von’s had been the same way for Kermit Ruffins the night before.

At the meeting in addition to the real business of 800 staff people taking a hard look at where we had been in 2006, celebrating the victories and taking measure of the challenges and shortcomings, we had some interesting guests.  John Podesta handicapped the the presidential sweepstakes.  Hillary at 3–1, Obama — and everyone believes he is running! — at 8-5, and Edwards not far behind, but only running to show the rest of the pack way back and falling.

Justin Rubin, the organizing director of MoveOn, shared the inside look at their machinery in the last election.  The calling spike in the last week as momentum jumped was amazing.  He also said that having real people with the web, meaning organizers, made the whole operation measurably better.  Mike Feinberg, the co–founder of KIPP schools, also claimed it was all about the teachers having enough time to teach among other things.  He said KIPP teachers made a 20% premium for all of the extra work and much of it was ‘volunteer.’  For the hours no bargain certainly, but the model challenges everyone to have a response.

Eric Eve, our partner at Citigroup, was almost an evangelist more than a banker, the crowd loved ending the meeting on their feet and shouting. 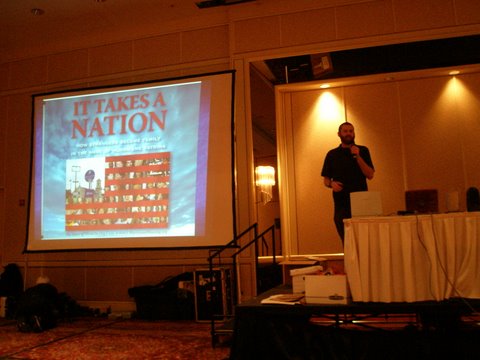 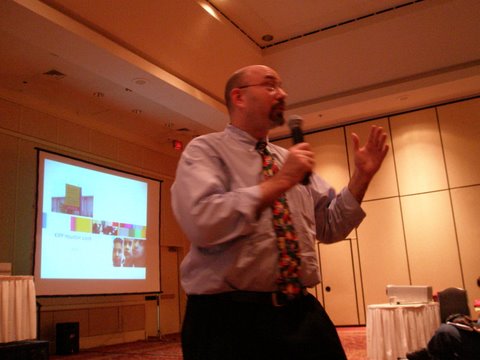 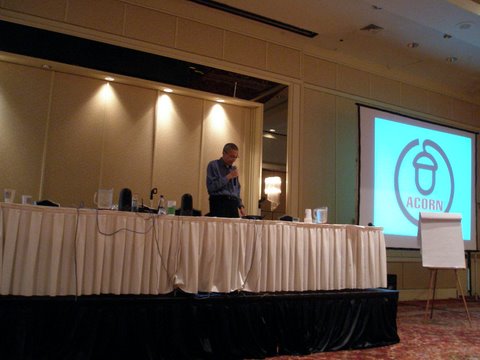 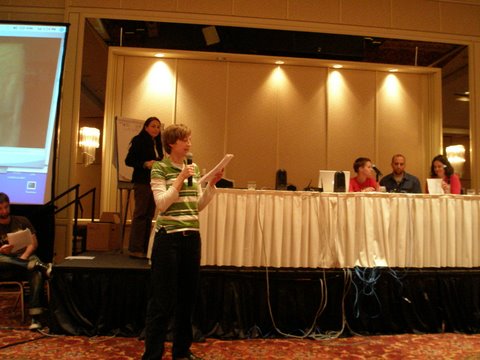