Kobe                We had been having trouble connecting with some of the planners and professors in our own version of the Sophia Coppola movie, ‘Lost in Translation,’ so we left from Shinkobe (the Kobe subway train station) in plenty of time.  Professor Ohnishi had told us to meet his colleague Ikuo Kobayashi, the President of CO–PLAN at the head of a stream we would reach near the Kamisawa Station.   Meeting at the headwaters of a stream definitely sounded like we were about to have a wilderness adventure in an urban setting, but more likely something was again going to be ‘lost in translation.’  Nonetheless, we were excited to get to Matsumoto district, because it had been one of the areas most devastated by fire after the earthquake.

We arrived quickly and after a short walk uphill easily found a rivulet of water running along east to west down a gentle incline on a widened street path.  Precisely on time, we met Kobayashi who was accompanied by a reporter for the Kobe newspapers, Yasuko Isobe, who was also fluent in English and an invaluable asset on this tour.

The stream defined the street and the area in a remarkable way.  The whole course was only about 800 meters, a matter of 6–7 blocks in all, and ran from two directions and then converged under the street and flowed on back to the bay.  No more than 2 or 3 feet wide each section or block had its own theme or animal spirit (a turtle or whatever).  Some sections had koi floating there.  There were border plants in all colors on different blocks.  Kobayashi indicated that on Sunday’s volunteers from the neighborhood spent lots of time working on the ‘gardens’ or flower beds along the stream on upkeep and maintenance.  The work showed their care.  The stream was soothing and in its own powerful simplicity, it was sweet.

CO–PLAN is an area post–earthquake and disaster management planner.  The team there has been utilized to both evaluate the work of Kobe City as well as implement some of the planning in certain districts.  Kobayashi Ikuo took the time to detail maps throughout the city with us indicating which areas had received the most resources and were designated as different times of planning zones for major work.  There was an interesting byplay in which he needled our reporter friend about which areas the newspapers had supported because they were ‘richer’ areas as opposed to poorer areas.  There was obviously water under those bridges as well.

The Matsumoto district had been devastated by the post–earthquake fires.  Throughout the city in these kinds of areas the streets had been widened from the ubiquitous paved ‘alleyways’ that seem to be everywhere in Japan so that they could accommodate fire fighting equipment.  Many of the homes here and elsewhere had been lost by the plummeting water pressure and broken mains, as well as the inability to get firefighters through the narrow, crowded streets.

This stream and a small pocket park nearby were all post–earthquake improvements and sources of huge pride for the planners.  As community organizers with ACORN, we were being shown the best results of the late stages of the planning when modifications were made to the traditional top–down process, and machizukuri — local community building organizations, i.e. the Kobe version of community organizations — were finally allowed to have some voice in the planning process.  Most of this voice seems to have translated into impact on public space and streets, which are certainly important, though there were other issues where development pushed forward without any pretense of city participation.  [I realize this sounds frighteningly similar to the New Orleans experience!]

The stream project was not cheap, nor was it quickly achieved.  The community development council was established less than 5 months after the earthquake in 1995.  The construction of the stream did not begin until November 2000 more than 5 years later and was dedicated with ceremony in September 2001, only 5 years ago.  The price tag of $2.5 Million was relatively modest given the overall development and construction in the district which was north of $100 Million.

Between the lines of this prideful story one could quickly calculate that none of this had been easy either.

The stream was without a doubt an attractive addition to the community.  We all were moved to think about similar things that could be added that would provide amenities to the devastated areas of New Orleans, though the comfort of water in the fact of fire was less likely to be the best antidote to the experience of flooding. 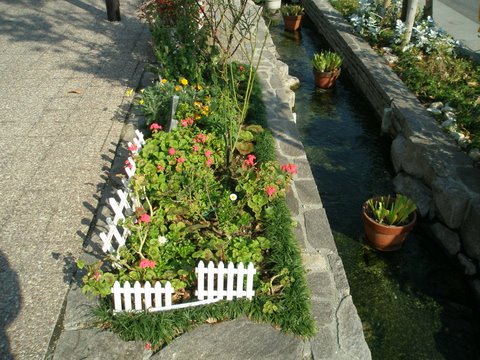 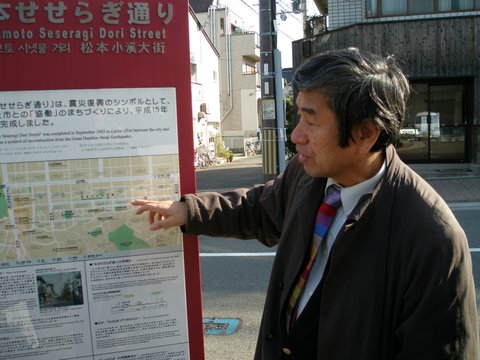 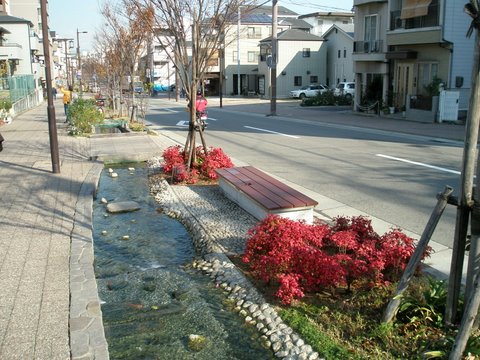