Kobe                We were all excited about meeting with a community leader who had been active in the ‘push and shove’ of getting citizen input within the Kobe planning process.  We had read the pre–publication chapters of Professor Olshanksy’s book, so we knew that citizens were only able to find any voice at all late in the 2nd stage of the planning process.  Too much of this was oddly familiar!

Citizen participation is not a common part of the process in Japan.  Ironically, Kobe was known for having more of this kind of input than other communities even before the earthquake.  They speak of machizukuri kyosikai which are ‘city building’ or ‘community building organizations.’  We were hopeful that machizukuri were community organizations along the lines of ACORN, so we welcomed the opportunity to get our arms around how the whole process had really worked.

We walked up some steps from the pocket park created as part of this citizen input to a community center building that looked over the park.  There had been some work done recently so the floor of the meeting room was completely covered by blue plastic tarps or what we know in New Orleans as FEMA blue tarps which still cover way too many roofs in the city.  We were introduced after a short time to Katsumoto Nakajima.  He is the chair of Matsumoto district development committee on a part–time basis and a local veterinarian.

The meeting started in some confusion.  Mr. Nakajima talked about one lesson learned by his group was that they should not have helped some people get loans to rebuild because the families were older and poorer and could not handle the debt, so were now going bankrupt or defaulting.  We were confused.  We kept thinking that he meant that the lesson was that families should have gotten more assistance, while he seemed to think they should have been forced into public housing.  Since the individuals absorb the loans for rebuilding the government gives some forbearance and good terms for the first 10 years.  We presumed that Mr. Nakajima was focusing on the fact that a number of people now at the 10 year mark were having difficulties.  The ACORN response would have been to move to support these people now in holding onto their houses, get the government to help, and work out more favorable refinancing if possible.  Mr. Nakajima’s organization’s response was that they had made a mistake by helping these families come back in the first place.  We were now on a troubling path.

There was a lot of interest in New Orleans.  We both drew maps on the whiteboard and went back and forth.  It was encouraging to hear that after 16 months in Kobe only 5% of the population had returned.  In that sense we were ahead of the curve in New Orleans.  The planning process had also been extensive in Kobe with big differences in some areas and larger and lesser roles for private and public investment depending on where you were in the city.  We had a better sense of this from our discussions with Kobayashi Ikuo.

But, as the discussions continued it became clear to us that ‘citizen participation’ still had a much different meaning in Kobe and was judged on a much softer benchmark than would have passed muster in the United States.  In Kobe perhaps the process had been so directed that any citizen input seemed significant, whereas the movement for ‘community based planning’ with full citizen and residential input is a much more vibrant and vigorous debate in the US.  Certainly in the US there are many, many governmental, institutional, and academic sorts who would settle with calling a cat a dog, checking the box for off under citizen input, and running the rodeo to suit the planners and the powers that be as well, so in that sense Kobe got its marks and they kept moving.

When we started asking Mr. Nakajima more about his organization towards the end of our visit, his answer was surprising and unsettling to all of our delegation.  He indicated that his group had about 500 members.  Unless we missed the translation (although we went over the numbers back and forth several times), the dues were around 8700 yen (about $870 USD) annually, which are certainly steep assessments.  We asked if there were other groups that tried to participate.  He indicated that there was in fact a much larger, and it seemed perhaps more representative group with 2000 members, but that his group had outflanked them and managed to control the development process because of their relationship with the city.  Then gratuitously he added that they were ‘supported by the communists.’  (Whoa!)  He then added that part of the project of his group was making sure that the Matsumoto district ‘improved’ and came back differently than it had been before the earthquake.

Despite his friendliness and clear commitment to his vision of the neighborhood, Mr. Nakajima seemed to most closely fit the prototype ‘civic’ leader with a ‘community development corporation’ bent.  Walking away, we could easily situate him in the New Orleans debates with some of the real estate dominated, ‘smaller footprint,’ and gentrification proponents that have been increasingly discredited by citizens, but are still the fond favorites of the planning contractors and developers.

We loved Kobe and were grateful to all of the people we had met, but somehow we knew that there were many untold stories written in tears that were much less rosy that than what we had first seen through the rose colored glasses of our own hopes for our own city.  Kobe is a story of rebuilding, and it does have many lessons for New Orleans, but many of the lessons are much different than the ones drawn by Gordon Russell and his story in the Times–Picayune (www.nola.com).   This is the standard situation where the winners are now writing the history and writing the losers out of the story.

Why is rebuilding not allowed to also be about returning and recovery?

We need to find a better answer for that question, and unfortunately, the answer is not necessarily here in Kobe. 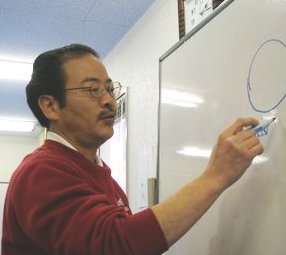 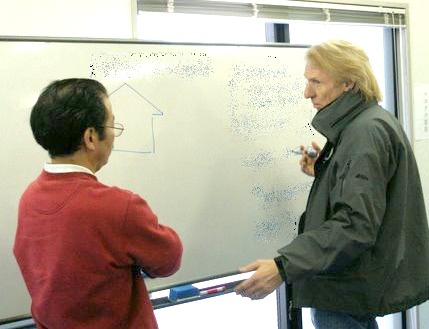