Tokyo     For all of the talk about what is wrong with the fools in New Orleans to have located their city in such an environmental crossfire, the attitude in Tokyo, the world’s largest city, seems to be to choose “safe rather than sorry.” The city is built in a mix of mayhem. Rivers frequently flooded areas that were more than a dozen feet below sea level. The city is on an earthquake fault. The dangers from tsunamis and typhoons — an Asian word for helluva hurricane — are real and ever present. The Japanese had a definition for the perfect storm; they built it and named it Tokyo.

We took a combination of rail and subways down to the Sumida River to see where some of the super levees (reportedly there are 180 miles of them) came into the city. This is no small seawall, concrete abutment, but a huge towering structure that slopes hundreds of feet from the water line.

Near the Asakusabashi Station where the Sobu line crosses the river near the Ryogoku Bridge the levee had also become a beautiful public amenity. There were bike paths on the levee with trees and plantings everywhere. Walking down the many steps to the river’s edge there were more walkways on the river side of the steep seawall with bamboo and cattails growing along the banks.

We could look across and see the seriousness with which Tokyo engineers respected the river and its flood stages. There was a giant lock in place ready to be dropped to seal off the canal when rains engorged the river. We were awed and impressed.

Furthermore, this seemed simple. This could be easily done. Stronger, taller, wider, and higher was straightforward.

The government simply needs to determine that the “real 3” category levee that President Bush had promised should be something that indicated a real concern for safety and the citizens at a 4 or 5 level, as the Japanese had done. The whiners in the Midwest complain about the cost of land, but in Tokyo where land has always been a delimiting resource and regularly gives Manhattan a run for its money, this seems like a category 1 level excuse — virtually weaker than the rush of water being held back from pushing millions into the swim.

Not surprisingly when New Orleanian citizens are thrown together, the issue of levees keeps coming up, because that’s where people want the levees. In Tokyo all of us could see that this was simply a matter of making the plan and then putting it in place. 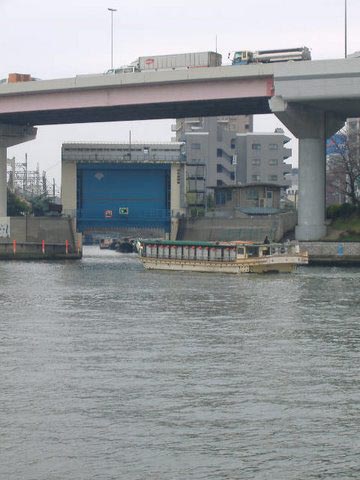 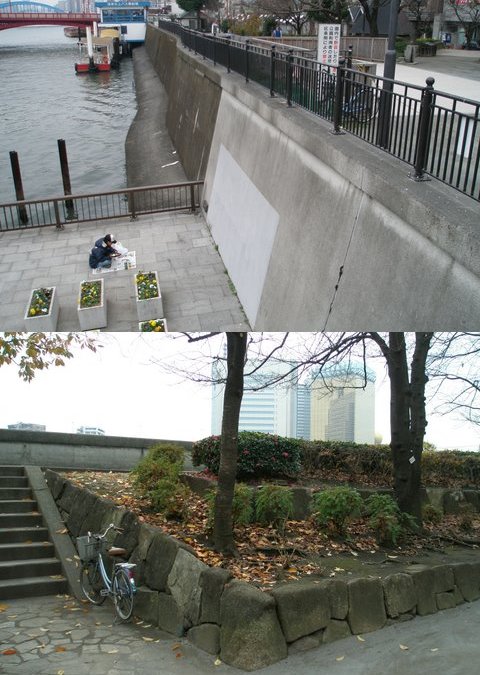