Nairobi            The daily publication of the WSF said they had 50,000 registrations, but who knows where they were.  Virtually no one walking and talking around the event thought there was half of that and many feared that 10,000 might be the best that were showing at any one time.  Money was the issue here, and it wasn’t going away.

Nonetheless there was something for everyone in one way or another.

Beside the launch of the Fair Play 2010 Campaign by various global union federations and South African unions, there was a lot else going on.

The Habitat International Coalition had its general assembly and spent quite a while debating a national campaign.

Women marched with a unique symbol of ‘lips’ calling for a feminist recognition in Africa.

There as a dramatic display that attracted a lot of attention without any explanation that seemed to focus on the downside of fundamentalist Christian movements on women.

I happened to walk by and 5 feet away listened to a press conference about the war in Iraq with Danny Glover, the US based actor, and the Iranian winner of the Nobel Peace prize from a couple of years ago.

I took careful note of the t-shirt being worn by the president of the COSATU construction union as a model for a different ACORN t–shirt color scheme.

The vests being worn by the Sudanese labor federation delegates were also quite effective.

It’s not hard to learn something if you keep listening and keep your eyes open at the World Social Forum. 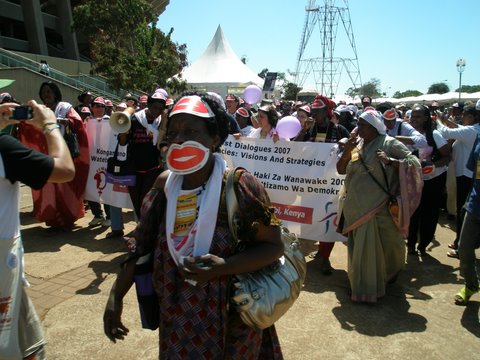 The feminist march
Danny Glover and the Iranian
The t-shirt 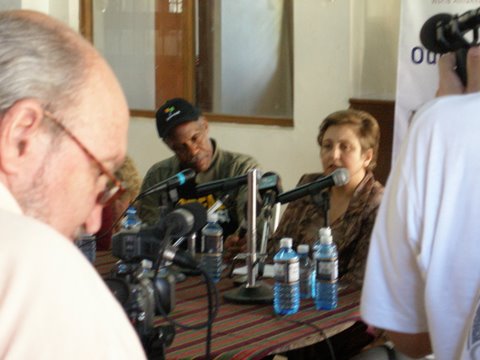 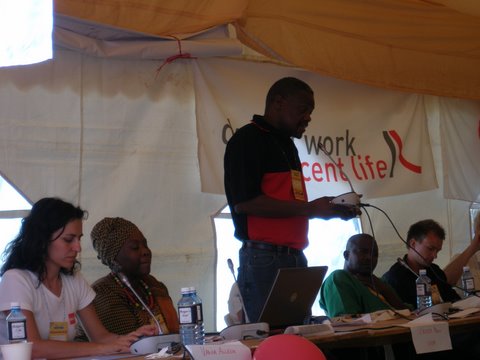 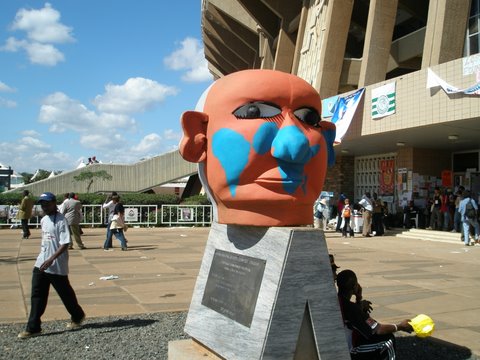 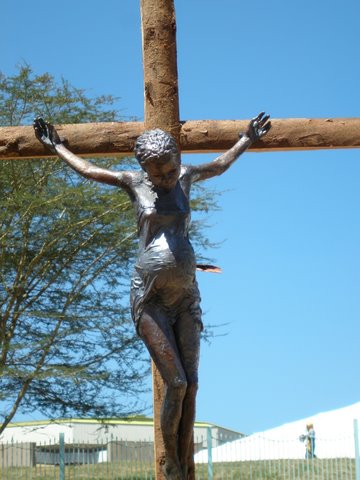