Buenos Aires La Matanza means the massacre and is named after a massacre of the native Indians by the Spanish at the birth of the city in the 16th century. The massacre now occurring in the 21st century is perhaps more indiscriminate and involves poor and working families generally.

We gathered the whole ACORN Argentina organizing staff plus our new trainee for Mexico City to take a trip out to look around La Matanza, the largest slum in Argentina and one of the largest in the world with over 1.5 million inhabitants. The district is in the province of Buenos Aires, rather than the Capital Federal, and to get there meant we took a series of transports for quite a good while. First, we hopped on bus line #86 from near the office which took us more than half way to the Airport before turning off the expressway and dumping us near the train station. Then we took an unlicensed, green bus all around La Matanza, though mainly on paved roads and through various semi-commercial districts. As we wended our way around the area, I was reminded of one of the first lessons when I moved from Boston to Little Rock, where the ghetto went from vertical to horizontal. The same was true here. Leaning down to look out of the bus window we could see the signs of stages of squatting that are familiar throughout Latin America with stucco holding bricks at various levels and rebar extensions on the top of the floors speaking of the dreams of more room some time in the future.

The last part of the trip was in a form of taxi. A fleet of old, beaten up Ford Falcons were parked under a tree and in the last community; everyone hired them to the last stretch of the way to get themselves home the last few kilometers of the route. Christian and Lili, ACORN Argentina’s stalwart field organizers, wanted us to end our busman’s tour near Samson. Samson is the name of the huge dump for the City of Buenos Aires as well as much of the province. The ubiquitous Falcon let us off (there are so many Falcons incidentally because they were the vehicles of choice for the police during the cold war) and once we stepped out we could smell the dump site even before we could see it.

This was all state property and most of the residents had been resettled here after a fashion by state action, meaning that the forced relocation from the city had dumped people where they could find cheap land, and this land held by the state next to a dump site was for the asking. Residents had some paperwork permitting them to live here and in some cases promising that they would pay something once the dump closed, but no one could be certain when the dump would stop operating since the time was already overdue. Supposedly, they would pay for the land then, but no one was clear or certain on this point.

Where the residents were very clear was that you should never drink the water, and that the health hazards were enormous, cancerous, respiratory, and almost ubiquitous. One woman kept describing the bumps that had surfaced on a small girls arms and chest that lived next door. We did not need to visit there. We had seen it before and unfortunately we would see it again.

This is a massacre that has to stop.

We will have La Matanza in our minds as we make the future plans for the growth of ACORN Argentina. 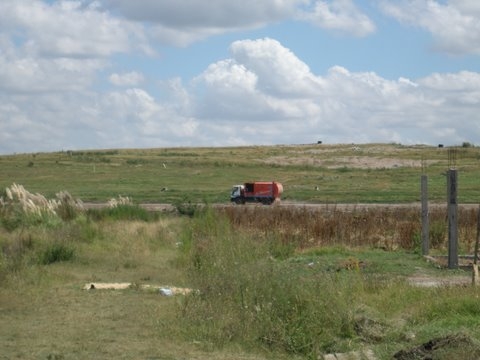 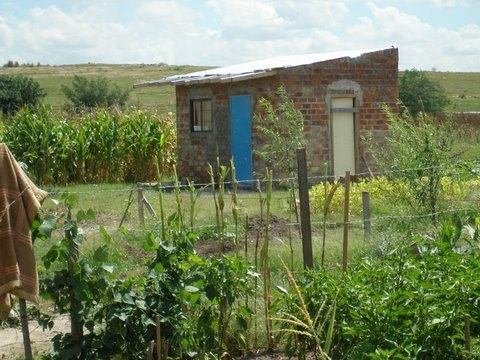 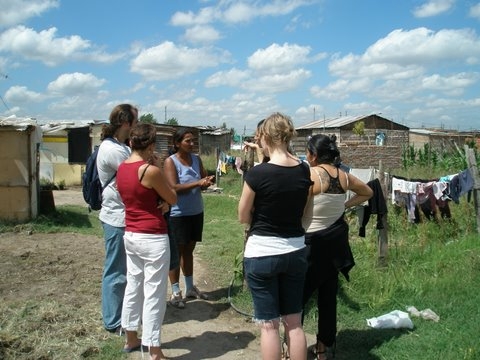 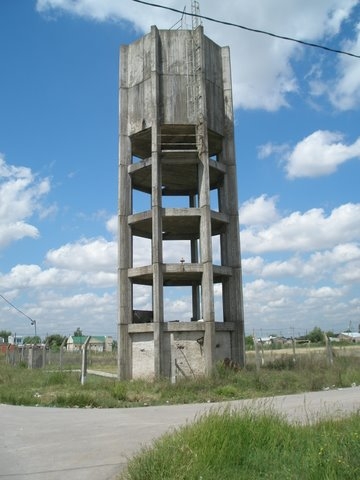 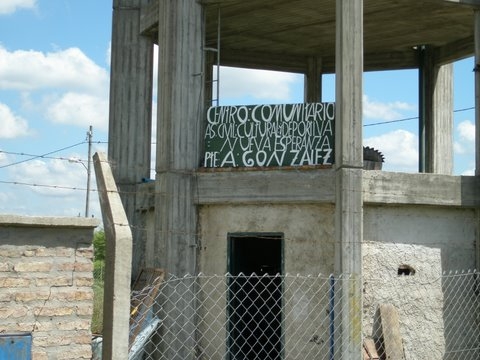