Buenos Aires It is bad form to ever say, “I told you so!” Knowing that we bend over backwards and go out of our way to avoid saying “I told you so” whenever possible. Nonetheless, the serious events of the November election and the charges and countercharges hurled back and forth particularly in Missouri and especially in the op-ed and editorial pages of the Wall Street Journal, do keep me attuned to new developments in the “show me” state that might allow voters a freer exercise of the sacred democratic franchise.

Not surprisingly, I saw with interest that the August Secretary of State for Missouri issued a recent report that seemed to confirm what ACORN had been insistently arguing. The report, “Voters First: An Examination of the Midterm 2006 Election in Missouri,” states that the “voters would benefit most from efforts to make the process of voting more transparent, efficient, and convenient, rather than costly measures designed to address alleged or unsubstantiated threats.”
Key additional quotes from the Missouri Secretary of State’s report bring the point home again and again.

As in previous elections, the absence of reports of voting impersonation or voting fraud in 2006 in Missouri was notable.

Those who tried to break the law were caught — before votes were cast on Election Day.

Nearly one in five complaints received by the Secretary of States office concerned a voter being asked for the wrong type of identification at the polls on Election day.

The findings suggest that voters would benefit most from efforts to make the process of voting more transparent, efficient, and convenient, rather than costly measures designed to address alleged or unsubstantiated threats.

The full report can be downloaded here: http://www.sos.mo.gov/elections/VotersFirst/VoterFirst-Complete.pdf

And, when it rains it pours, at least on top of those who would attempt to suppress the rights of voters. Another study on the 2004 election, reported by the USA Today crack, national political reporter, Richard Wolf, brought the same point home as well:

A study by the Eagleton Institute of Politics at Rutgers University shows turnout in 2004 was about 4% lower in states that required voters to sign their name or produce documentation. Hispanic turnout was 10% lower; the difference was about 6% for blacks and Asian-Americans.

Thomas O’Neill, who led the Eagleton research team, said the new study shows that "the harm may be as great as the benefit."

In any other venue, say sports for example, this would be a sure sign of “Game Over!”

Unfortunately though this is politics and there is a lot at stake in trying to suppress the ability for newly registered, minority, and lower income voters which is where the brunt of this push for identification ends up hurting, so I’m sure this is simply another inning in a long double header that will not get finally called until either our voters are in the ascendancy and can no longer be stopped and blocked, or the those that talk about democracy, but do not really like how it works in practice, are finally able to strip millions of their rights as citizens. 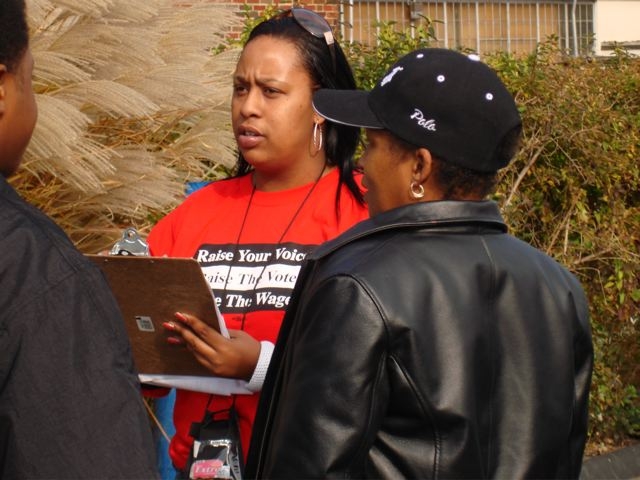