New Orleans     Here is a mystery. A week ago we were visiting the revisionist look at Robert Moses, the master builder of New York and elsewhere. He dashed his feet on many stones including his unwillingness to abide democratic norms or anything like transparency or accountability. Though more than 30 years ago, I would think we can still learn lessons from Moses, just as we still ride on his highways, run in his parks, and look at his buildings.

Edward Blakely is a similar master builder in the sense that he is one of the world’s outstanding architects of recovery with an outsized reputation for his work in the Los Angeles area. If you have any doubt about this, he will constantly remind you! New Orleans Mayor Ray Nagin hired Blakely as the recovery czar for this crippled and ailing city. It has been a curious ride thus far. Some of Blakely’s ideas are solid and some bizarre, but one suspends disbelief in hopes that we can finally turn a corner. For ACORN’s part we are trying to embrace his notion of “cluster” development in our own housing development plans for New Orleans East and the 9th Ward, so we are certainly giving the guy more than the benefit of any doubts.

But, you will have to tell me how to defend some of his modus operandi since it contradicts in a very “Moses-way” any standard norms of public responsibility and requirements. Here are two recent examples that are a puzzle.

There are 16 employees on the Blakely recovery team at City Hall including three top management types. In a request in mid-February by the Times-Picayune Blakely and City Hall refused to reveal the salaries of a majority of the team — 9 of 16 — claiming that the private foundations footing the bill wanted it just so. The foundations supposedly making these demands are Ford, Rockefeller, and Gates — all of whom are among the largest in the world and all of whom directly fund through other programs and divisions transparency projects all around the world. Furthermore, Blakely and the city would not reveal the amount of the contributions from the foundations, which is even more bizarre since all three of the foundations will have to disclose these grant totals in their annual reports which are required by law and the Internal Revenue Service. What is the ethics even of what are now deemed “private” employees working in City space on the City clock (even if not dime) on life and death matters around federal, state, and local revenues on which the whole recovery is based?

Was this a freak exception? Seems not!

This weekend the paper made the mistake of asking Blakely and his team where were the areas (about 15 by reports) that they were studying in order to concentrate resources for recovery. They then got a list of wild answers. On one hand the recovery team said it was not ready to say, since work was still being done. On the other hand, the recovery team indicated that in fact they might never reveal the list of priority recovery areas. Huh?!? Let me try and understand this. It will be a totally undercover recovery. The areas getting support will not be allowed to know that they are getting support or being targeted. The areas not getting support presumably will not know either. How can this make any sense other than as an effort to escape accountability and transparency?

Perhaps the real answer is something different altogether. Perhaps by never revealing the priority recovery areas, Blakely and his team can then take credit for being masters of recovery for any area that manages in full public view through huge sweat, labor, and miracle to come back? Or, perhaps if revealed, Commissar Blakely would have to explain why this area and not that area or something really hard in the plain light of day to an anxious citizenry that all wants to both stay at home or come home.

The arrogance is simply breathtaking! I can not figure it out, nor can I understand how City elected and responsible officials, much less foundation executives, or citizens like me an allow this kind of behavior to continue unchecked, even if we are dealing with one of the special people of our time. 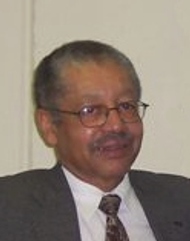