Den Haag — The Hague Two huge foundations supported by both Dutch citizens and the Dutch government are Oxfam NOVIB and HIVOS. NOVIB is the activist arm of these developmental enterprises and allied with Oxfam more than a dozen years ago as part of a worldwide federation of a number of bodies under the Oxfam flag. HIVOS, rather than being based in either the Catholic or Protestant church and mission infrastructure, is humanist to distinguish itself from NOVIB, which is secular. Are you following all of this at home?

In order of magnitude there were 350 people at the NOVIB complex and 100 in the older, distinguished building that HIVOS has occupied for the last more than 20 years. The complex at NOVIB is deceptive, and I bet they like that a bit. From the outside there appears an older, understated building more than 100 years old. Once inside though you begin walking up a grand staircase and you connect to an ultra-modern building. I bet some of the main NOVIB campaign (yes, they do global campaigns!) managers in a modern office on the curve of the building. One of my hosts commented that an associate of hers called a similar office the “sky lounge,” which seemed appropriate.

It was a most interesting afternoon. At one level I clearly intrigued my hosts with the story of ACORN and how it worked, its members and leaders, dues system, self-governance in US and other countries, and its strategy and methodology of poor people building power. They asked great and perceptive questions and were thoroughly engaged in the discussion. On the other hand there was clearly a sort of visibly obvious head scratching of sorts: we were neither fish nor fowl. We were not an NGO from the North, nor did we operate that way. We were not a foundation and did not ship money south.

But there was this problem: we were made in the USA! Don’t get me wrong, that was not exactly a show stopper, but it sure was stumping the stars. Things were not supposed to work this way, and one could tell in the polite, well mannered, and charming exchanges of my afternoon, that we were way out there in the world of the square pegs and round holes — YET AGAIN! And, of course here I was in my cowboy boots and, well, dressed as usual, hitting the cold doors one by one. Not only was I an American, but I was one of those NO DOUBT ABOUT IT AMERICANS! (Not the most popular type on the middle-left in Euro-land these days, dare I say.)

Walking out with one of my new friends, he turned to me and said, “This is how it all starts, you know? You come and meet. We follow-up and connect your local people and our people. We start to email and talk, and the next thing you know, we’re working together.” I looked at him and said, “That’s exactly right! That’s why I came. It’s what doorknocking is all about. Some doors are great. Some doors are hard. But, you keep hitting the doors, every day, and you will organize people!

I walked out onto the street on this warm, bright sun shiny day, looked across at the weeping willow along the canal, and started walking to my next appointment.

Just another day on the doors — in The Hague! 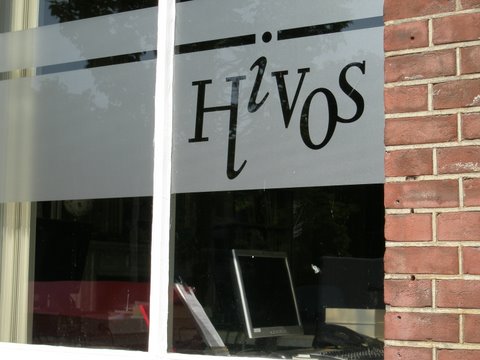 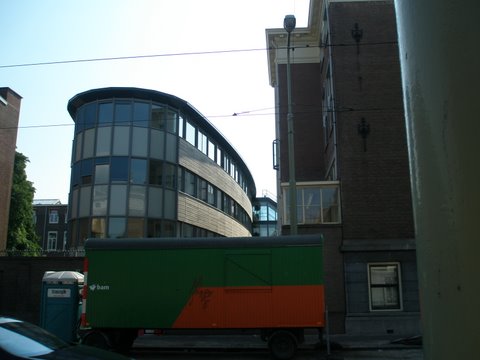 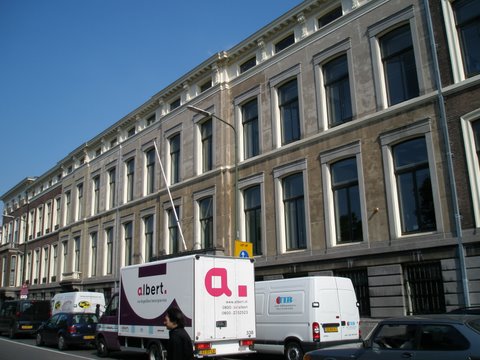