Rostock, Germany Left den Haag, took my last sleeper out of Brussels near midnight, dropped my gear in the Berlin Hauptbahnhof, and caught another train to Rostock. This was a different platform experience than usual. For example, there were a lot of very large police! There had been problems over the weekend in Rostock in the run-up to the G-8 meetings. I was speaking on a panel about the finance issues behind housing and the campaigns need to address them — something much on all of our minds these days.

I have to slightly amend my comments about language over here. Rostock is on the Baltic Sea through some beautiful farming and forest areas more than 2 1/2 hours by train from Berlin. In this smaller community in the rurals they just don’t seem to have much use for this English, which enriched the whole experience from finding the tram stop to finding the meeting place. From the website my lifeline, Nicole Washington, had finally tracked the panel down on the web site for the G8 Alternativgipfel — Alternative Summit. My session was at MS Studnitz. Supposedly one was to take tram 1, 2, or 4 to the location.

Hmmmm…..I know you don’t want to hear more travel adventures, and I don’t want any more, but….when I finally found the tram, I got off at the listed stop and there was literally nothing whatsoever there: two streets, a bridge going nowhere, a river a couple of hundred yards away, and so forth. I finally found someone and asked in my best German. No luck. I then pulled up the web link on my blackberry and googled the map location for MS Studnitz. Oh, he says, and points to a big, brick square building and waves past that. I start yet another jornada de morte carrying my computer and personal gear and sweating on this humid summer day. I asked another 3 or 4 people every couple of hundred yards. The good news was that they all seemed to know this building, but damned if the directions were working out too well. I came up to some protest ships on this or that issue along the famous Greenpeace ship model. I hit the blackberry again, and on the google it said that MS stood for Motor Schiff Studnitz, which must mean motor ship — a trawler. Damned if that didn’t turn out to be what this was. They were having some of the meetings in 4 separate areas of the ship’s hold.

There were about 50 people there for the panel convened by Knut Unger, the German tenant leader, who invited me to participate. They voted to conduct the meeting in this French, Spanish, Chilean, Indian, German, and Swiss crowd in English of course as their one common language (ironically, I was probably the only native speaker in the crowd). I was able to give some specific facts and faces to the story of housing finance and the world of private equity, sub-primes, teaser rates, hedge funds, capital gains, and on and on, and argued that something could be done, and we needed their help. I also learned something about our own backyard. Turns out AIMCO (I think that’s the name) owns 300,000 units of rental housing as a REIT and has been specializing in buying up HUD properties as they expire and can be converted into the market. The Germans heard about this from some American tenants provoked by a huge purchase in Los Angeles and found that Deutsch Bank owns 6.5% and have been putting the heat to them to help the Americans. It was news to me! It also turned out that Morgan Stanley had bought 60,000 units of public housing and privatized in Germany. They seem to have made REIT formations illegal in this country. You never know what and where you are going to learn something important!

Thankfully I’m on my last train to Berlin so that I can retire my Eurail Pass. At 7:35 PM in the sunlight I saw a 2 point buck off in the distance eating in a rich pasture up to his haunches. Reminded me of the days in the West when I had a streak of seeing deer or antelope every day I was out there for years.

Time to take me home! 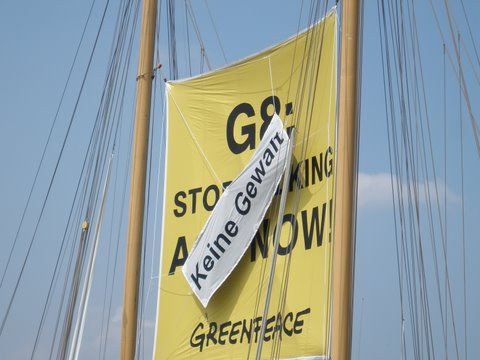 The G8 Summit Conference Poster
Knut Unger, German tenant leader
pictures of the workshop in the ship’s hold
Cops on the train platform
Wade on the tracks 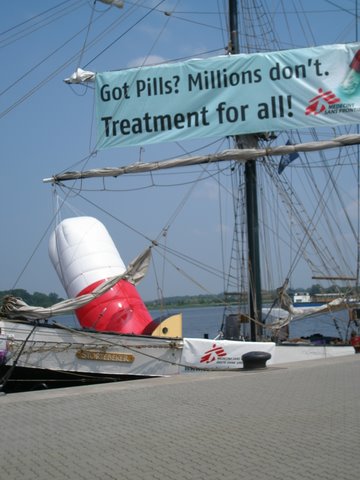 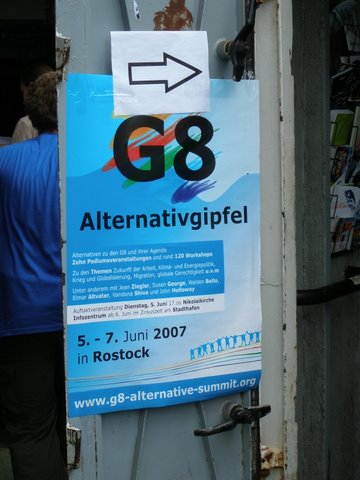 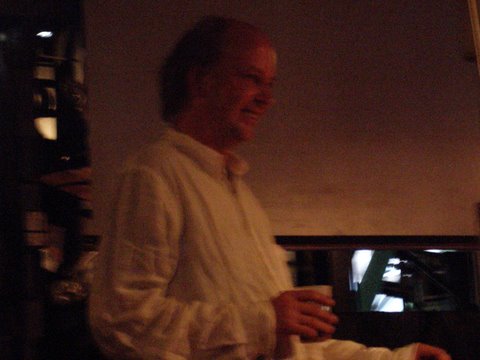 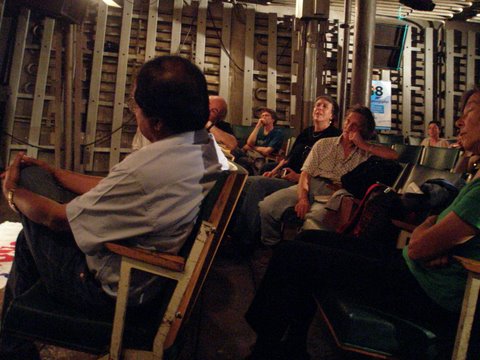 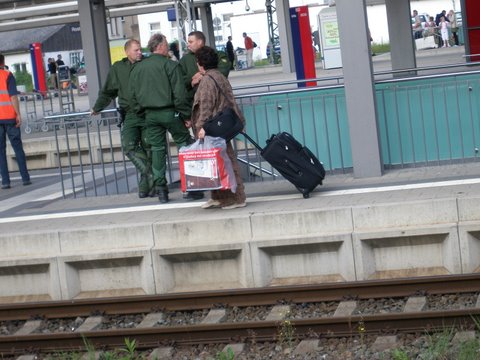 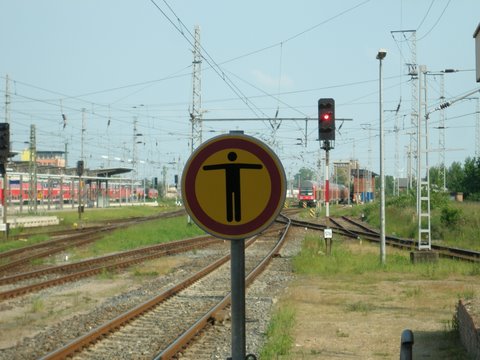