Philadelphia Senator Hillary Clinton was late leaving the National Education Association meeting, so ACORN’s own speakers held sway to fill the time after the almost Mayor and Congressman Fatah spoke. Pat Boone, the chair of New York ACORN gave a long and glowing introduction. There were shouts. She had fans both among her ACORN constituents and in the crowd who were excited to see her.

Hillary has become a phenomena, a one-name powerhouse that forces a reckoning regardless of anything else. She seems to be gaining presence and, I swear, she even seems to have a sense of humor now. She was actually having fun speaking. Her frozen mannerisms and sometimes awkward expressions seem long gone and a distant memory. She may not be Bill Clinton, but she is now a skilled politician of the 1st order. The change is serious, and I have to acknowledge it. She was warm to people, and it didn’t seem to be a show but sincere. Hilary is demanding a second look even from skeptics, and, frankly, sometimes I have been in that number.

Not surprisingly, she was great about ACORN. Called us back to Arkansas. Told about our office there being close to the Governor’s Mansion in Arkansas. It was memory lane, and she wanted to color herself back into the picture.

She spoke of being ACORN’s partner. There was no second guessing or hiding behind the door. She was upfront about it.

It wasn’t all suck up either. She called for mandatory housing counseling! That was news and it something we know about and know how to do. It would make a difference!

At the end of her remarks, she cried out to the crowd of ACORN members, “with your help,” and one of the members yelled back, “and with yours!” and she stopped and laughed, changed her cadence and then said “with your help and MY help” we will make this happen.

She’s going to have to be taken seriously! 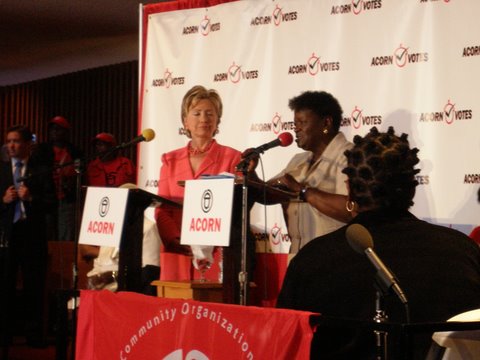 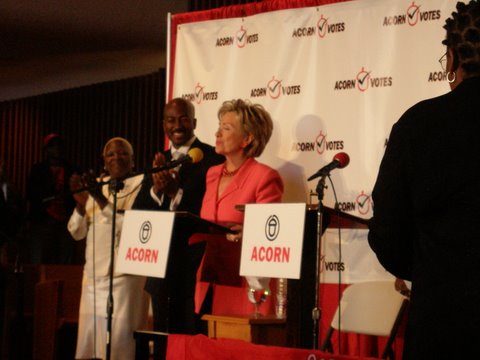 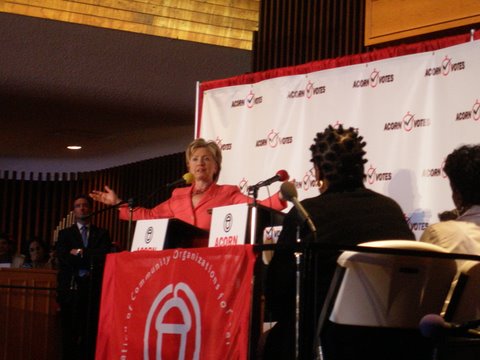