Dallas        On the ground I know we are beating Wal-Mart!  Our WARN project in Florida has prevented the new construction of any Wal-Mart Superstores for the last more than 28 months.  We have the bottled up throughout central Florida.  We are increasingly optimistic that we can stop them in Merced, California with our coalition around the distribution center there.  Our involvement with the India FDI Watch Campaign has been a great experience and continues to hold the company (and others like it!) at bay outside of that country’s borders.  They have now lowered their projections on the number of new stores they will open, dropping some 75 from the list for 2007.  They have conceded that they are feeling the pain.

But, and a big, fat “but” it is, the rest of the architecture of the campaign particularly at 30,000 feet where our allies have been engaged seems to be either shriveling or unraveling, despite what I would swear is success.

Andrew Grossman, the former director of Wal-Mart Watch, stepped down earlier this year, clearly having come to an analysis that the “watch” part of the campaign was not going to grow.  The “watch” focused on moving the media around the Wal-Mart brand.

Jason Judd, who directed the Wal-Mart campaign support from the Change to Win federation has now moved out of that job at of the end of June, signaling a greater effort one would think by the United Food & Commercial Workers (UFCW) through its Wake Up Wal-Mart effort.  Jason had been focused on moving against the supply chain to Wal-Mart and very supportive of the campaign we continue to run in India, so he will be missed as well.

Last week’s Wall Street Journal reported that Paul Blank, campaign director for UFCW’s Wake-Up Wal-Mart effort, despite numerous protestations to the country over his tenure, was in fact close to a “package” deal (including the Wake-Up communications director) to go over to the Edwards for President campaign in some capacity.  Since Paul had been a “Deaniac” on that effort from the early days, I had often asked if his commitment to the Wal-Mart effort was until the next cycle or long-term, and of course he had always assured me that it was “long-term.”  The field director for Wake-Up had already defected.  Not sure who or how many of these troops are left, but they managed the “internet” assault on the company.

When we began our work on Wal-Mart almost three years ago, this was a wide based effort supported by all of labor (including the AFL-CIO).  Now we look around and wonder where our friends and allies will be as we continue to fight the company?

Sure Wal-Mart is a $250+ billion outfit, but darned if it wasn’t getting closer and closer to its knees.  It’s a shame to see the company have a chance to crawl back off its knees. 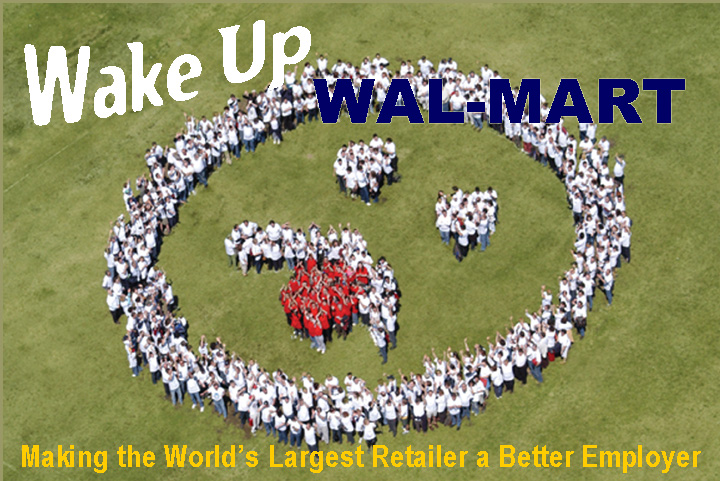