Miami        As I ran for the airport I picked up the mail and threw it in a bag to read on the plane.  One new piece of business was volume #1, number #1 of something called “Brain Food” by American Environics.  Ted Nordhaus and Michael Shellenberger are the principals behind this outfit, and both have been occasional and provocative advisors for ACORN and our staff, as well as presenters of some of their demographic surveying and mapping for us as well as the Organizers’ Forum, as well as writers for Social Policy.  In short they are sort of like extended family:  they don’t live under the same roof, but we’re not surprised to hear of them at reunions and such.  Sometimes we agree, and sometimes we don’t, but we always enjoy the dialogue and learn something about what folks are doing and saying out there on the edge.

One chart immediately caught my eye since it recorded the shifting opinions of Americans about whether or not the father was the “master of the house.”  The beginning of the timeframe was 1992, the same year that I became a father, which is probably why it caught my eye.  Then only 42% of Americans thought that “father knows best,” and that was probably worth an argument then.  But more recently, their last year for data on the survey was 2004, 52% of Americans surveyed now think the mister is supposed to be the master.  Who are these people, and where in the world in America do they live?  I looked at this graph the same way I sometimes watch “Big Love” on HBO, which incidentally must be the hyper-version of this gone wild, where the pops is the master of not one, not two, but three houses of horror!  In short I am convinced there must be something going on very weird behind a lot of American houses that is beyond my imagination.

On an off weekend I might be able to muster up a case that maybe I’m master of the yard, but I would then have to admit that the dog must be sleeping, and everyone else must be either inside or off campus.  On my best day I think I’m like the rest of the fathers in America, an unpaid lobbyist trying to convince the anarchistic powers to heard together on general principles even if not in the same general direction.

Here’s a good example of what may be closer to reality, no matter what the liars are telling the pollsters in their dream states.  The other day my companera blurted out that she had a vision of the family as a working unit with its own organizing model where someone was always in the role of a leader and someone was in the role of an organizer.  I might be the Chief Organizer, but I had a feeling she was telling me I was at best a puppet king ruling nothing of any real measure in that roost.  I decided not to press the point other than to say, “Hmmmm, interesting,” which seemed to be the standard response from those of us without much power who are still trying to hold on to some position without challenging authority too broadly.  I was just glad the kids didn’t hear her, because there would have been an argument!

One good thing about polling must be that there is still one place where you can whisper some private wish without fear of correction.

For me, just being one of the team and a part of the family is more than enough for me.  I carry enough weight on the road and at the office, so once home I’m ok as one of the cogs in the wheel.  I’m betting I’m not alone, though there may be a lot of posers out there in the countryside where I don’t go and whom I don’t know, but I’m doubting it! 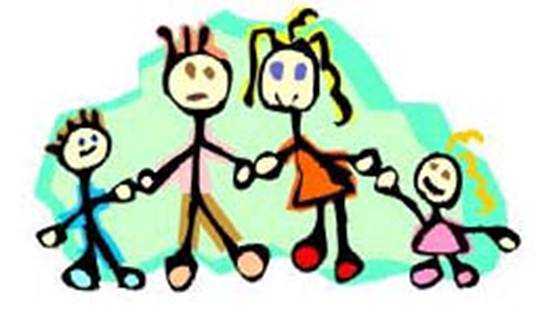