New Orleans Maybe public authorities are finally listening to the foreclosure victims and realizing that the madness must stop. There is at least an encouraging sign from Massachusetts that Governor Patrick Duval and Attorney General Martha Coakley may be stepping up and setting a precedent.

They finally forced Fremont, one of the worst of the sub-primes, and in fact a company that is now barred from making additional mortgages, to step back and postpone foreclosure proceedings involving more than 2000 homeowners in the Bay State.

There are some bad actors, and this should become the “standard operating procedure.” Bloomberg reported on the wire today that 60% of the $5 Billion in sub-prime loans that were downgraded by Wall Street came from only four companies. Fremont of course was one and so was New Century, now languishing in bankruptcy. The other two villains of this piece were GE Capital’s WMC and Washington Mutual’s Long Beach Mortgage.

Let’s keep it simply and stop foreclosures from any of these companies, and others like them. If Massachusetts has the moxey, then why should other states not follow? We think the line should form behind Massachusetts until some rationality returns to the foreclosure scene. It should be a crime to cheat people twice, once when making the loan and again when seizing the home.

Below is a squib from the Boston Globe today on this. It will be interesting to see how Governor Patrick figures out a way to get the state involved in refinancing as well.

Fremont Investment & Loan yesterday agreed to postpone foreclosure proceedings against 2,200 Massachusetts homeowners after state officials determined the lender gave subprime mortgages to borrowers who could not afford the loan payments.

Attorney General Martha Coakley secured the 90-day foreclosure moratorium from Fremont, once the state’s second-largest issuer of subprime loans, after she threatened in May to sue the California company over lending practices she alleged violated the state’s consumer-protection laws, such as making mortgages without fully disclosing the terms.

The moratorium "got the clock stopped so the people facing foreclosure get a little bit of breathing room," she said.

Fremont, which has now exited the subprime lending business, declined to comment.

In the Fremont case, Coakley said her office will review the company’s internal documents on its Massachusetts mortgages to determine whether the loans were made inappropriately or whether a foreclosure is warranted. The state would use that information to determine whether some Fremont customers deserve financial relief, she said.

Financial regulators and housing activists have accused Fremont of routinely failing to detail to customers the full implications of their loans, of not properly documenting information such as borrowers’ income, and of making loans that borrowers could not afford.

In March, the Federal Deposit Insurance Corp. alleged Fremont made loans "that substantially increased the likelihood of borrower default" and ordered the company to stop making loans.

I like the way they are thinking! Let’s see some more of this! 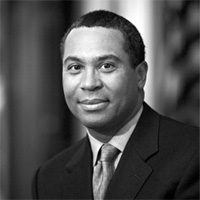