Sausalito Helene O’Brien, ACORN’s National Field Director, and her team flipped the training program in a different direction for the mid-level ACORN organizers this year. Some of the features stayed the same, but the focus on the individual organizer and her individual contribution changed dramatically thanks to off-hand story we had heard from the training director of Wachovia, formerly from World Savings. The emphasis of this year’s training was the ability to create and operate as part of a team. Somehow it all seemed more appropriate for training organizers to work to build groups that they come to understand how to operate better as part of groups!

We had been talking to Jim Dreher when he arrived in Denver from Philadelphia and exchanging pleasantries by asking him what he had been doing before coming. He described an annual process where they gather 25 or so “high potentials,” as they call them for a week of exercises in which they break into teams and compete and evaluate each other in learning how to handle business problems and challenges as a team. The most moving example he gave had to do with listening. Organizers absorb ideas by listening. It’s at the heart of the work, especially the ability to communicate and really hear what members are saying about interests and issues or information coming from staff or any number of other things. One could literally see Helene listening as Jim told about the fierce learning competition involved. It was no surprise to see the mid-level trainees divided into six groups for the 5 days of training on the Headlands.

I listened to a couple of the groups reports after one of my meetings ended. The preparation showed. The participation was deep and widespread. One group pulled up tables and faced the table of trainers to report and field the hard questions about gaps or uncertainties in the plan. I listened to one of the teams clustered among the bunks where I was housed making it into a “green room” where they prepared themselves as if called back. I listened for a little to the two groups trailing as they met later one night with the trainers about how they could be helped to close the distance in points between them and the better ranking teams.

It was fascinating and more importantly, it was working! One could almost feel the subtle transference of solidarity and group values reinforcing the real core strength of ACORN. One could observe from a distance the way some individually popular organizers, perhaps individually skilled or admired by other members of the training class, seemed lost because of their inability to effectively move their groups, even though this is at the heart of being an organizer.

No doubt there were some rough edges dragging. Some of the cuts and bruises of the competition and the luck of the draws had to be sanded down by the trainers so that the experience was positive. The trailing groups said it all to me though when they stood there in English and Spanish and defended their groups and their chances despite the odds, by explaining that they were learning to communicate and it had taken them a little time to figure out how to work as a team. If they remember that lesson, it hardly matters if they were the 1st team to emerge from Point Bonita or the 6th team, they would certainly build a stronger ACORN for the future. 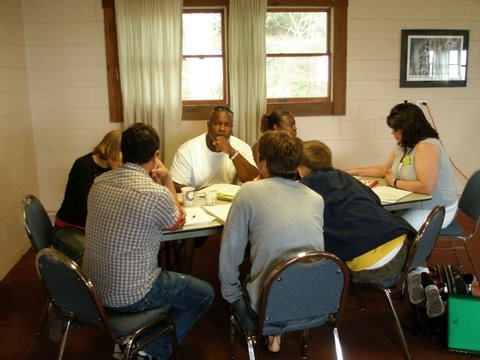 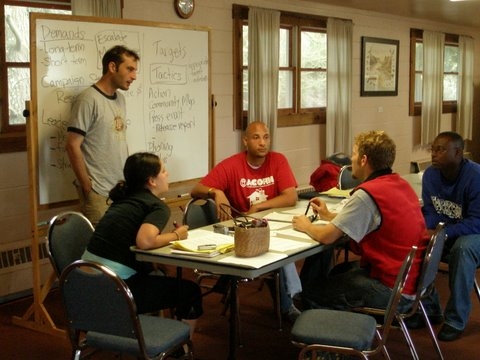 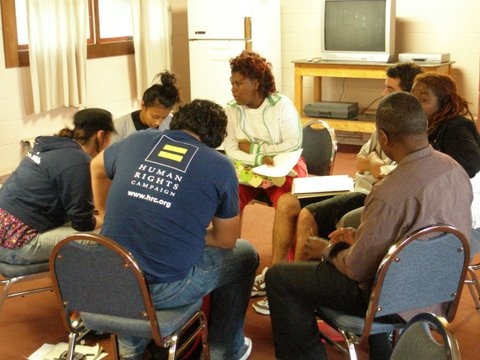 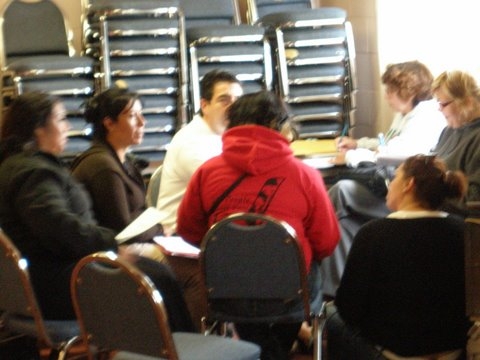