New Orleans        As the tsunami of problems coming from the sub-prime meltdowns continue to flood the market, it is worth noting that some small justice, though surely not enough, is finally coming to the touts and barkers for these loans.  Even as I say this, it is obvious that not only is it little and late, but should not be confused with justice.

The touts were certainly the rating agencies, like Moody’s and Standard & Poor’s that were not simply complicit in this securitization process of bundling up all of these sub-prime loans, but were full-fledged partners receiving lucrative benefits for pasting high ratings on the safety of these securities.  An article in the Wall Street Journal a couple of weeks ago documented their increase of revenues from Wall Street in doing all this in the billions of dollars.  Who is surprised?

Some of this in the unraveling almost seems so preposterous that it would be funny if the impacts were not so severe now.  And, remember, I say all of this because at ACORN, we actually believe there does need to be a sub-prime market and this current credit squeeze is going to actually penalize some of our members and other lower-income home seekers who would have been more than able to handle the loans for fair products despite have some blemishes to their credit in their history.  The ratings outfits, for example, deemed in their wisdom that there was no more chance of default for a mortgage when a “piggyback” loan was taken to finance a purchase.  A “piggyback” in the industry is the term when someone takes out one loan for the mortgage and takes out a second loan to finance the down payment.  Essentially, the borrower would have financed 100% of the purchase in two loans, often with two different rates of interest.  All of which does not bother me, but, hey come on, anytime I have two loans for anything as opposed to only one loan, there is going to be a better chance that I will default simply because it means more loans and more debt.  Duh!  But, not according to the rating firms for many years until all of this came to the light of day.  When they are all feeding at the same trough, there’s going to be a lot of slop!

The barkers for all of this mess were the brokers, and they are still the villains in much of this piece who are escaping largely unscathed from the scandal.  Some justice seems to be coming though because the credit crunch is finally turning off the spigot for some of the mess.  WAMU in mid-August finally sent out a note that it would no longer pay yield-spread premiums, often 2 or 2.5% of the mortgages, to brokers and others.  YSP’s, as they call them, should be barred from the market place period in ACORN’s view.  Other companies have finally started forcing more verification of income on “stated” loans, where someone simply states his income without proof.  Once again, for tipped employees and some others, this was important, but in New Century and other companies we were finding almost half of their loans coming from brokers were “stated” and let’s be honest, there are not that many bellmen and waitresses buying houses to account for that.  They knew better, but it allowed the broker to find an easy home for often fast-mouthed baloney that was steering the sale and the sucker to a particular company.

In the office yesterday someone repeated a line they had heard about the impact on real estate brokers now.  She said that most of them had to go back to work as bartenders and cocktail waitresses again.  The prep for a broker job was not high finance, but slippery sales.

Worse for them though, is that now with the crunch hurting both the innocent and the sleazy, they will not even be able to qualify for a home loan with the shriveling of stated income, even if they have the money. 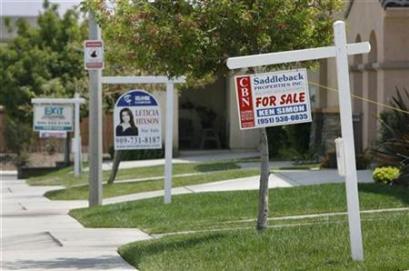