St. Petersburg      We had been riding the jitney bus on Nevsky Prospect through the solid traffic even though it was way after 8 PM. Our translator pointed out lights on the 2nd story of the Press Building as we slowly passed on the other side. That was the office of Anna Sharogradskay, who was still working hard whom we would meet early the next morning.

Anna Sharogradskay was not a young activist. She was old school. When she spoke of “Soviet times” or perestroika when newspapers bloomed and journalists popped up where only party members had been before, she was there. She believed in freedom of the press and freedom of speech, as simple and fundamental concepts. In practiced and charmingly accented English, she walked our delegation with the Organizers’ Forum through her personal history in an understated way, claiming that she was an example of a journalist who couldn’t write, so taught, including a course for several months each summer in Indiana for more than a dozen years. One could almost hear in her story the doors swinging open when freedom rushed forward and feel the smashing doors closing as the state moved to take control again. Gradually, her organizations focused on trying to provide information, particularly to the regional centers and realize that the news was based on the ability to get the word out and around and that was something she was able to do. She marked her time in small victories now, rather than grand campaigns.

She found little critical in what she called “under the belt” humor, even if it pretended to have critical content. Asked about the internet and whether or not that was making a different, she scoffed. We were in the wrong framework. Reflecting later, our questions mirrored our “western” experience and assumptions that if for example people could see something different on the internet, then it could find its way into print without stopping and remembering that these were state controlled outlets so there was no such thing as having the truth creep in without their being terrible consequences.

Anna reminded us dramatically of this when she then drew the lesson from the recent killing of the journalist Anna Poitkovskaya, who was well known in the West as the acerbic critic of the Chechnya wars, the abuse of the military, and the repression by Putin, who wrote the widely read Putin’s Russia. Sharogradskay first called Anna Poitkovskaya a friend and then in her carefully worded way stepped back from that word and explained the power Poitkovskaya’s work and the times that they had sat on the same panels. She spoke of the awards and her contribution, but she was not a liberal about it. She was clear that there was only one lesson that was being taught by her assassination: “we should be careful.” She did not say that Poitkovskaya was not careful. She did not need to do so. This was personal in a way that most of us could only imagine. She then commented on how small and pretty she was, but she never said “was” while speaking English to us, she said “is” clearly unable still to reconcile the reality of her death. And, then she turned to the wall in tears and struggled for her composure.

Russia was a country once again where you were either “a patriot or a traitor” and there was no space to operate in between. Shortly thereafter she told a story of a friend at Stanford suggesting that she should immigrate to the United States and leave Russia, but that was not going to happen. She had crossed that bridge. She had decided “to live here no matter what happened.”

Her tears for Anna Politkovskaya, who knew the risks and decided to accept them partially to be with her family (she was killed with her granddaughter with her having just picked her up and come home with her!), were just as easily tears for herself as well. When asked about the future, she would only say that she worried that it might be worse, because Putin’s successor would not be as worldly and might even care less what the West might think of what he said and did.

The salt in those tears was subtle and sobering. It is hard for us to fully understand the consequences of actions so chilling or the courage in small ways and large to continue to do what has to be done with our lives, work, and families to save our homes, cities, and countries. Sharogradskay’s grace was hard for us to discuss after she had left, even among ourselves, yet I doubt if anyone did not spend restless hours thinking about their own choices and life courses. 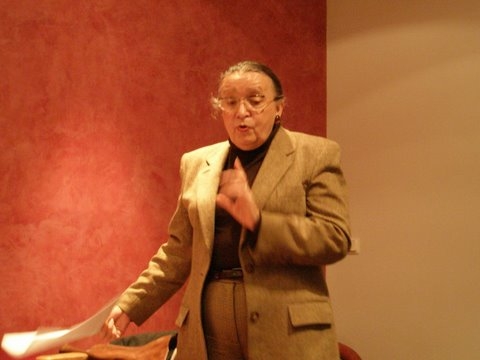 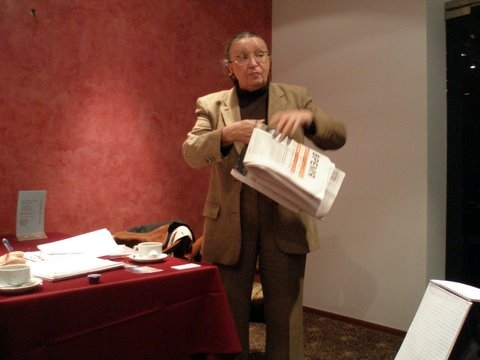 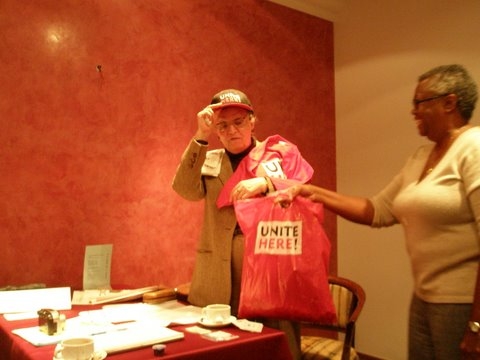 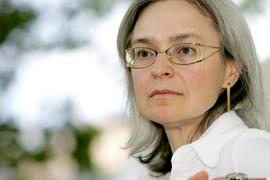