Copenhagen          The level of professionalism in Danish NGOs was first class and top of the line, and not only were they engaging, but frank and forthright, sometimes to our peril and sometimes to our celebration. Jumping to a sweeping generalization on a very limited number of meetings, I wondered if they were so acute because they had needed to sharpen their perspectives in order to play in such a large forum with relatively smaller resources than even enjoyed by their Nordic neighbors. Who knows?

Now that I am winding up this Scandinavian “meet and greet” introductory and fundraising tour, one of the things that is becoming more and more evident to me is that there is a disconnect between city and country, and it is really serious! The vast amount of the development work and resources are going into isolated and rural areas. Lord knows they need all the help they can get, but one begins to question the balancing of resources since so many of the people in developing countries over the last 20 years have fled the countryside and become part of the movement producing the teeming cities.

Christian Bach at Danish Church Aid, a huge NGO in Copenhagen, and I got into this discussion sideways. Danish Church Aid is a mega-enterprise. Christian’s first comment upon meeting me in their lobby was to comment on my ACORN emblem on my polartecs when he said, “Well, you’ve got the branding together, I see!” It was a compliment. The lobby was being photographed by the designers having recently finished the reworking of this well appointed space. There were items for sale from the countries where they worked in nice glass boxes that could be seen form the windows. Next door there was a resale and redesign shop that brought them some income. They had expanded into most of the building part of which was built in the 1600’s. 40% of their resources were “turned over,” as they say here, from the government, but they practiced grantsmanship par excellence with 10 people who did nothing but write and develop concepts and proposals to the European Union, another 40% of their turn over. And, then there was the church and whatever — they had to fundraise is how he explained the lobby. This was an operation!

Most of their work is in rural areas. I asked why? Christian was originally trained as an agronomist and then an economist, so he was perhaps both the right and wrong person with whom to engage this topic! I did not disagree with him that work needed to be done in rural areas, but thought the lack of balance potentially “put his program on the wrong side of history” as people swept into the cities. Christian believes to his core that rural development is key to any development and nothing can happen without it, even as he agrees that rural modernization tends to eliminate jobs and accelerate the movement to the cities. The inability to sustain a lot of the rural work and the lack of initiative where there are millions of people rather than hundreds or thousands were arguments hard to handle, but NGOs have to focus, and I guess that’s true.

Elsewhere on the trail observers of this same over concentrated on rural development to the exclusion of everything else had yielded interesting comment. One NGO higher up had said almost as an aside that “…eventually we are going to have to step away from deciding where people should live and design projects and programs where the do live.” Another Danish NGO executive commented that in Denmark the government agency took off points on applications for projects that were urban-based rather than rural based, so obviously people are following the money as well, which is not unusual.

Still, it has been an education and surprise from this trip and my earlier one in late spring to the Netherlands and Germany, that the cities and the mega-slums are getting such short shrift of the development dollars from the wealthy industrial countries. It is as if the cities and their problems with their masses of people and their intractable problems of jobs, housing, education, and basic services are just too big to manage. These are thoughtful people so it is discouraging with all of their resources that they have not puzzled out some solutions already, but once again it turns out to be a big world with more than enough room for lots of new and innovative work, no matter how hard it might be to resource and develop. 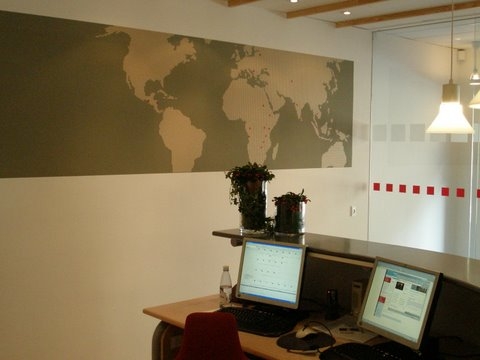 Inside the office of Danish Church Aid 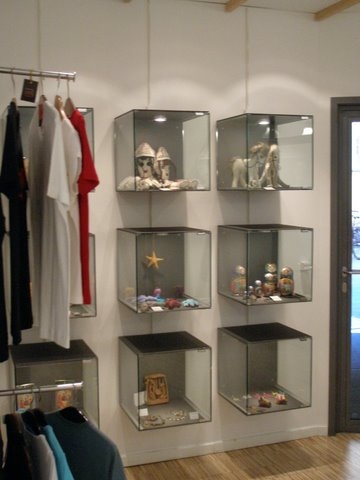