New Orleans         Small world indeed. Several weeks ago I have a message on my voice mail from a “Gabe.” When I return the call it turns out it is a voice from the past almost 30 years ago, reminding me that I had taken him to see the 9th ward back then in another life when we had first moved the national office to New Orleans and when he was a newly minted program officer for the New World Foundation. Ghebre Mehreteab is now the CEO of NHP Foundation based in Washington and probably the largest non-profit affordable housing and apartment developer in the country. Gheb was deeply involved in redeveloping various apartment complexes throughout the Greater New Orleans area and darned if he wasn’t committed to coming to New Orleans and showing me exactly what they were up to here.

He and his Louisiana director, Helena Cunningham, swooped me up on Elysian Fields and off we went to see the three locations NHP was developing in the city. The first was the old Walnut Grove site in New Orleans East. I remembered the apartments well. They had been along the access road coming into Crowder Boulevard. Now they were nothing but concrete slabs and a construction trailer as they began the task soon of rebuilding the units from the ground in a $20-30 million dollar project making them the largest developer in all likelihood in the New Orleans East.

Next stop was Algiers. Gheb, Helena, the project manager, and I looked at some of the units that were going through the “punch list” now. A nice job had been done here. Some good details in the rehab that tenants would no doubt appreciate along with central air, new appliances, and solid doors.

We visited in the trailer with the local staff for a minute. I was curious how they were doing at getting people who had been in the units to come back now that they were verge of reopening soon. The team had access to all of the former tenants and had made an extensive outreach. There were now 89 people on the waiting list for the new units, though unfortunately only 4 had been former tenants. Where had the other 85 come from? Where they coming back home from the diaspora? No, it seemed. Most were simply moving from someplace in New Orleans to here because it was more affordable, newer, or whatever. Good, as far it goes, but disappointing that such a project is not acting as a magnet for the return. Finally, we looked at Tanglewood in Marrero. This will be another wholesale rebuild. Some people are living there now but the whole 300+ units will be redone soon.

Overall, NHP has its arms wrapped around just under 1000 units of housing in New Orleans and a good chunk in Baton Rouge as well. Some are market rate, but most are affordable and NHP is doing a lot of tax credit work though others have walked away from their allotments because of insurance problems, delays, and whatever.

Impressive! Poor Helena! Between driving, explaining her former life as head of Louisiana Housing Finance for six years, responding to the hundred questions I had and the million suggestions from the irrepressible Gheb, while at the same time listening to a much of memory lane madness from some old timers comparing notes on this person and that person from the old days and where they were now, she must have had a super headache by the time she drove back later to Baton Rouge, but it was a great couple of hours for me to see another organization making the same kind of big bet on New Orleans that ACORN is making. 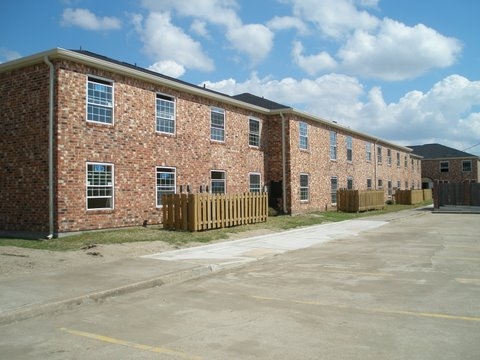 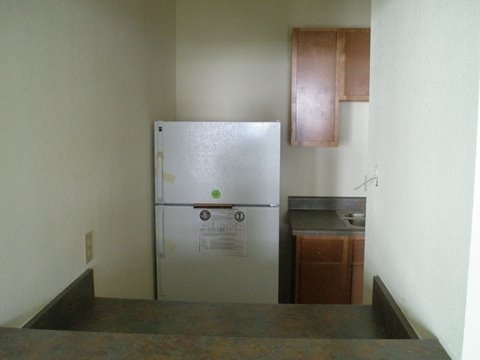 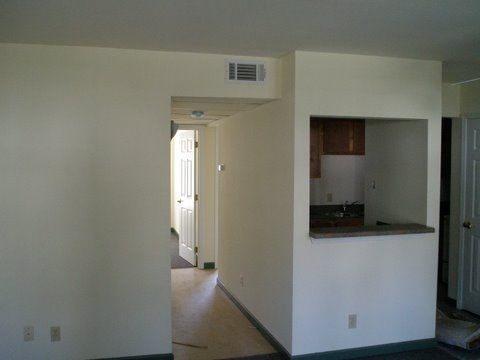