Delhi      I had met Sashi Bhushan on my last trip to Delhi. He was a colleague of Dharmendra’s and had gone with us to the redevelopment area on the outskirts of town. While in the car we started visiting, and he told me he was organizing a union of sorts of rag pickers or recyclers. Claimed they were collecting dues even. High on my list was returning to get more information about what was really happening and what the plans were for the Harit Recyclers Association (HRA), as they called themselves.

The head of the Centre of Indian Trade Unions (CITU) was stuck at the doctor’s office when we went by for our appointment, so we grabbed the chance to reach out for Sashi and met him at the Gandhi Peace Center a couple of blocks away. We spent a couple of pleasurable hours talking about building organization — HOW FUN IS THAT!

Here is the bottom line on the HRA, six months later: They are up to 5000 members. Dues are 25 rupees a year (about $0.50 USD). They collected the dues up front because when a member joins they get a laminated membership / identification card with their picture on it. Part of the problem faced by the recyclers is that they are constantly being harassed by the police and others, so having something official along these lines is invaluable to them. Of course that doesn’t leave much left over to run the organization….and that doesn’t make it easy for the four organizers on staff (including Sashi) who are driving the various parts of the program to get paid. Most of the difference comes from a 1-year human rights fellowship from a group in DC and a couple of hundred a month from a group of non-resident Indians. Piecing it together in the classic way in other words, which was my old school, too, so I loved the guy and the story!

The estimates on the number of rag pickers in Delhi range from 100,000 workers to 400,000, and it’s a complicated task to figure it out, so suffice it to say, there are plenty! I had a leg up in understanding this work it turned out because these are really garbage workers in a city of 12-15,000,000 without a real garbage system. These were our New Orleans and Dallas “hoppers” without a truck! To call them recyclers was simply to name out the city’s hustle: the workers were largely being paid out of the returns from recycling what they could recover from the garbage. Residential “pickup” is a payment of 10-20 or 30 rupees per month to someone collecting for a family or set of folks who picks up your garbage from your door — daily — rather than you having to bring it down to the common pickup site. There is frequently a bribe paid by the family to get the “route” and keep it.

We spent a lot of time talking about the “primary” contractor in Delhi (just like the contracts I know from New Orleans and Dallas), because in these districts, a private company is paid by the City of Delhi to collect from a certain “zone.” The contracts then “employ” or contract with a group of say 300 hopers to handle all of the bins in that zone. They are usually paid 1000 rupees for the “route,” while the company is paid 2200 rupees for the route by the City. Nice spread for the company obviously. This is something we absolutely know how to leverage and move! We’ve been there and done this! It was exciting to talk about how to move HRA on this program.

Recently, HRA had won a deal where the city provided shoes, aprons, and gloves to all of their members in a form of “recognition.” This was a big deal obviously and further legitimized this workforce that is almost 99% immigrant (Nepalese, Bangladeshi, and so forth). It turned out after more discussion with Sashi that the City didn’t pay for them but actually got some businesses to underwrite different parts of the package.

Sashi was about building a mass-based organization. He had big plans for 2008 to expand to Mumbai and Kolkata. He wanted to see their membership reach 15,000. I talked to him about uniting our hoppers, the rag pickers, the cartoneros in Buenos Aires, and others in one large, global organization of informal workers in this sector. He was surprised, but totally into the idea.

There we were with Dharmendra sitting across from the pictures of Gandhi with hardly a cent to our name and ready to organize millions of workers. Right now! He was 39 years old. It would be fun to see if we could get it done over the next 20 years. We were down for it then, if we can just figure it out later. 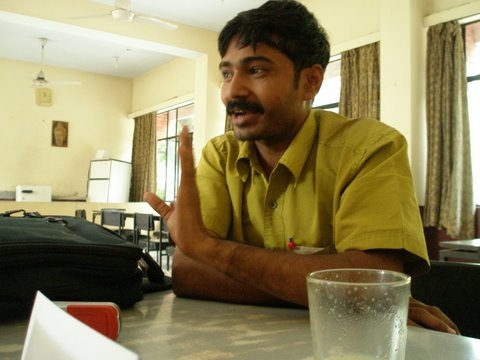 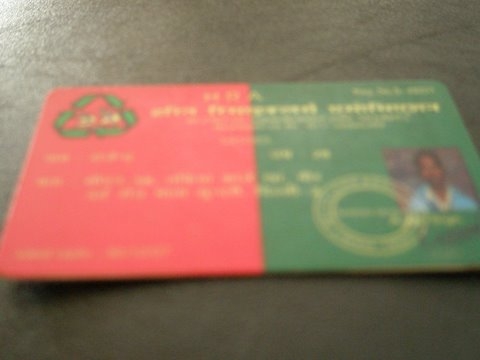 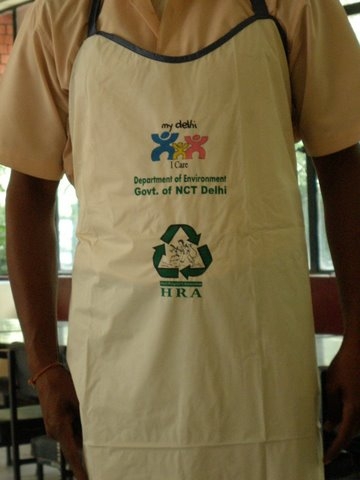 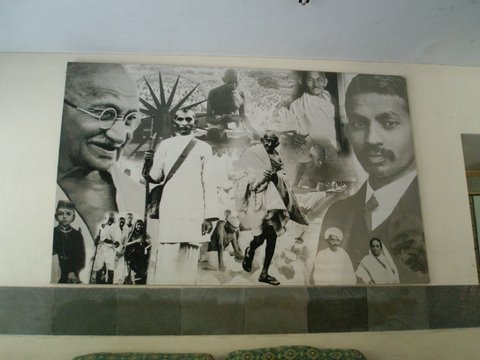