Seoul      The Sunday conversations that I really did have in and around the Y in Seoul were valuable enough in their own right.

First, I finally connected with Liza Vladeck, whose name had been on everyone’s lips when the Organizers’ Forum (www.organizersforum.org) first reached Moscow. She had seen my blog and reached out to make contact to fill in some of the missing pieces in the story. She had not been surprised to have problems in renewing her visa. In the months before her departure she and her colleagues had detected a shift in the official attitude towards unions, especially the independent unions that she was assisting in various ways, who were even called “economic terrorists.” Security officials seemed to be turning up and tailing her. Others were knocking on the door. Where it had seemed a straightforward matter to get her visa renewed, she now knows that she had suddenly turned persona non grata. There is no ambiguity about the fact that she is now barred from the reentry to Russia.

There are personal costs. Her husband is still there. A stepchild is still in school. She is committed to the work and passionate about the country and the entire area and believes that she has found a place where she feels at home and a way to contribute in a variety of ways. She is still piecing together work from the 2nd year of a fellowship at Columbia Law and her relationships and work with NGOs in Russia. She is reuniting with her husband within days for a brief visit in New York, and is preparing to return to the area at the first of the year. At least return as near as she can get, so she has settled on living and working from Kiev in the Ukraine. She believes that this will allow her the best opportunity to continue to support and work with organizers and leaders of the nascent independent labor sector in Russia and to help define what is unique about the challenges they are facing and the organizational strategies, tactics, and formations that they are developing now. She is trying to adjust to learning yet another language and worried that she may lose the pitch and accent of the Russian she has mastered that allowed her to frequently be taken as a native. She has chosen a difficult path with conviction, and one hopes to hear of her success along this journey.

Then I spent time catching up with our Korean comrade, Na Hyo-Woo, who is now directing the Asian NGO Center from Seoul. Na is an experienced community organizer who brought me to Seoul almost exactly a year ago (November 15, 2006!) where I had the opportunity to meet and speak to many community organizers from all around the country. He is also the former director of LOCOA, which supports leaders and community organizers throughout Asia. A year ago we had hoped to be making plans for ACORN Korea by this time, but neither one of us has been able to figure out how to raise the money in this modern, and expensive, country. Over the coming days of this week I will make a series of presentations and lectures to organizers in Inchon, Seoul, and Changwon, who are at the heart of organizing “irregular” workers as contingent and informal workers are known here. Between the two trips over this year I will have connected with a lot of the organizers of primary social movements in Korea and planted the seeds of ACORN’s work and methodology.

As Na and I brainstormed, we developed a new next step that might work better for now which would continue to prepare the soil, since building organization seems just past our grasp at this time. We talked about pulling together the plans to train 10 Korean organizers for several months in 2008 as a joint program between ACORN International, the ACORN Institute, and the Asian NGO Center in New Orleans in the new training center that will be located at 1024 Elysian Fields where are current offices are now headquartered. Na was more optimistic about raising the money in Korea for this type of program, and there were ways that this would dovetail nicely in the development plans for the space and program in New Orleans with both housing availability and training facilities.

It was exciting to have found a way to move forward and continue to support the needs and program of organizers in Korea where serious and exciting work continues to dominate the discussion and the political scene. 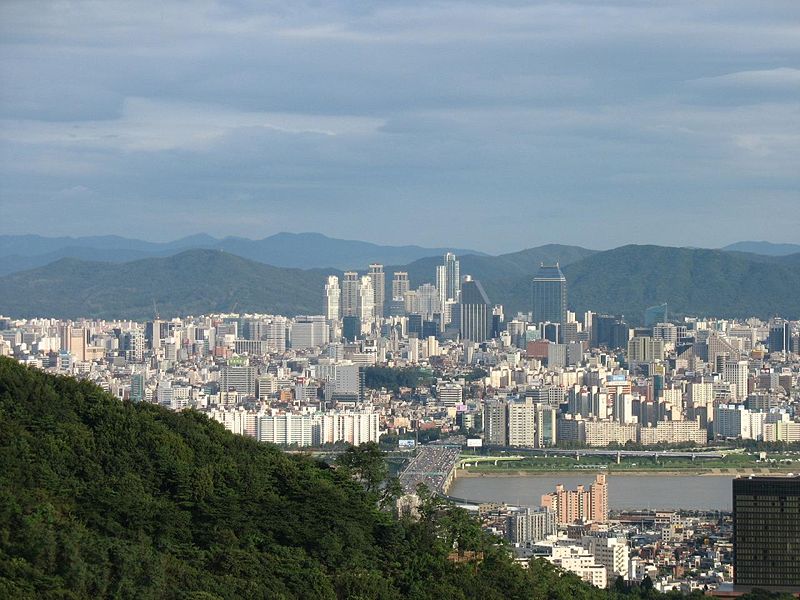