Dallas        A showpiece part of the WARN strategy in directly engaging every opportunity to hold Wal-Mart accountable to the community was our breakthrough ability to find that there was language in the law in Florida that allowed some exceptions when it came to setting living wages on a city by city, county by county jurisdictional basis.  When the state of Florida tried to prevent living wage votes by city in the wake of the movement we were building around the country, they continued to hold that a city would have the right to set a wage on a project where a governmental jurisdiction was directly supporting the project with their revenues, and therefore should have the ability to establish prevailing wages.

We tested this proposition in the New Town fight with Wal-Mart in Sarasota where Wal-Mart was seeking huge resources to do a brown field clean-up and build a superstore.  When all else failed, we built a coalition to bring an initiated petition to the voters that would set a minimum wage rate at 200% of the poverty level for any city-subsidized project in Sarasota.  The council seemed to support it.  In fact once we got it qualified for the ballot, everyone seemed to support it.

This is a powerful tool in the fight to hold Wal-Mart to the mark as a decent employer and after the effort more than a year ago in Chicago (Daley eventually vetoed), establishes that the voters will approve a minimum rate and living wage for not only retail work, but for subsidized work in general.  We should see a lot more of this in Florida.

And, maybe elsewhere around the country, because this WARN victory is huge!

[Oh, and we may have won a majority on the Merced, California city council as well which could be huge in trying to deal with the terrible issues involving the Wal-Mart distribution center we have been fighting in that city!] 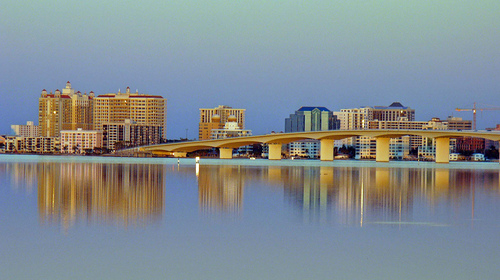