Tokyo     The world is getting smaller, but waking up early to run, then taking a bus at 9 AM to Incheon, then flying from Incheon to Tokyo at noon and from there at 4 PM to Los Angeles to arrive at 945 AM on Saturday and finally to New Orleans by 525 PM, still feels like a long day. The clock may say that you left Korea at noon and landed in New Orleans a little more than 5 hours later, but you are forced to learn the real meaning of the “crossing the International dateline” in a way that your high school teachers were never able to fully reveal.

It hardly matters when it means finally getting home!

It had been a good trip though and there was homework to do.

At the last stop on Friday night in Seoul, I had visited more with Na about the same notion of organizing informal workers around the world and brining them together in a worldwide federation. He thought we might be able to get support for such organizing and for such a federation in Korea, and that was exciting! I have a great picture (running with this blog) of Na trying to puzzle out the strategy for pulling the money together as soon as Jill Sears, my one-woman international support system at headquarters in New Orleans, can pull together a draft of the concept paper. He and Mr. Yang compared notes in the corner as well about how to pull together the joint training program to bring Koreans to New Orleans to learn the ACORN organizing methodology.

As I pull together loose ends and look forward to once applying the organizing lessons of both sides of the world to each other, I have to once again raise the point about “struggle jackets” that I think are fantastic solidarity and branding builders. On this space I’ve included a picture of me in my “new-used” jacket, as well as a picture of a struggle jacket-vest being modeled earlier in the week for the Korean Metal Workers.

Poor Nicole Washington and Charles Jackson will soon be trying to figure how we can get our gear wallas to duplicate that for ACORN members hitting the streets of the USA and organizers needing just those kinds of vests in their local offices! 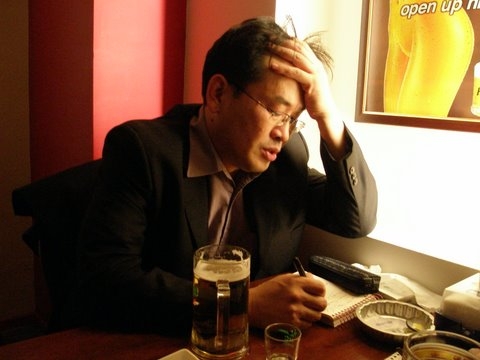 Na thinking about how to raise money for our next project
Na and Mr. Yang conferring on a plan
Incheon Airport
Narita Airport in Tokyo
Metalworkers representative models her struggle vest 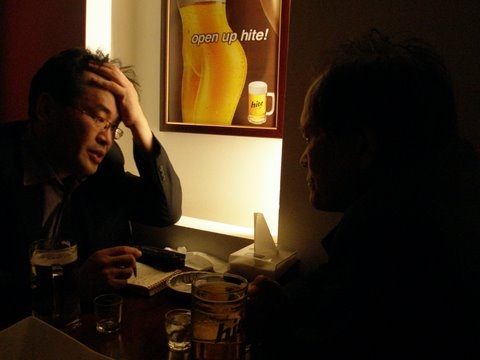 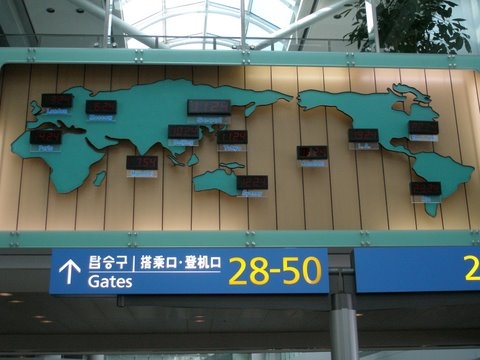 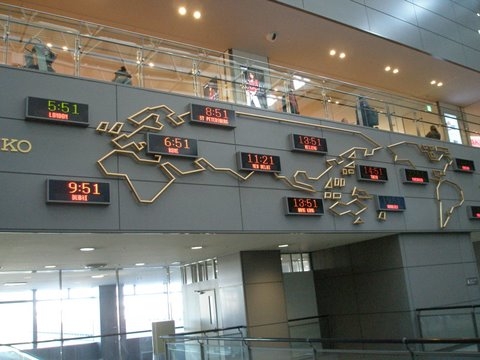 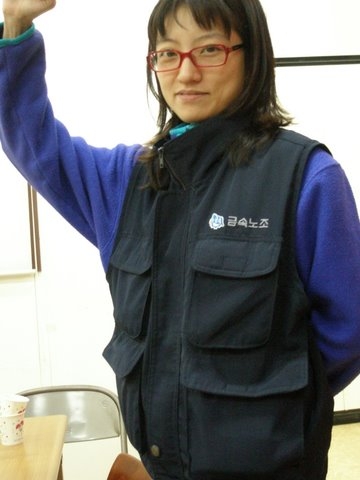