New Orleans     From time to time I like to provide a report from one of our far-flung correspondents. Jeff Ordower, Missouri ACORN Head Organizer, and Jordan Ash, former director of the ACORN Financial Justice Center (who is now on leave) visited the Middle East in the fall including Jordan and Israel. This report was filed recently by Jeff and endorsed as factual by Ash, and is an interesting snapshot at the fledgling attempts at community organizing in Israel that are occurring largely from a services platform.

Obviously, the peace movement and Israeli-Palestinian relations trump all else in Israel and the Palestinian territories but there are a significant number of NGOs and other groups doing organizing, particularly in Israel. Organizing Palestinians is much more difficult due to the pressure from the Israeli government, and threat of imprisonment or death, the strong hold of Hamas on that sector, and repression from Fatah as well.

In Israel, Most organizations were funded with U.S. dollars, generally from the New Israel Fund. There seemed to be no local sense of philanthropy or donor base in-country.

The Palestianian General Federation of Trade Unions, active in the West Bank is a Fatah-linked organization and the same labor activists are activists in Fatah.

Itai Swirski is a former member of the Israeli Air Force who refused to take part in missions into the occupied territories and now works at the Law Clinic at the University of Tel Aviv. Itai’s work centers on organizing sectors that are ignored by Hristradut, the Israeli General Confederation of Trade Unions. Hristradut it seems, sets the industry standard through bargaining for all sectors, whether they really represent those workers or not.

In the security field, obviously one of the larger fields in Israel, there are many foreign workers, in addition regardless of what contract for security workers Hristradut may have negotiated, it is clear that workers are neither receiving the benefits, nor are members of the union. Itai’s group is doing some preliminary organizing of these folks, and they went to Hristradut and Hristradut said they wanted 60% or the workers already organized before they would welcome them into the fold. However, that’s virtually impossible given that most security workers work alone or with just a couple of folks. So basically, they’re trying to figure out the right way to do what is essentially majority unionism. They don’t have much right now 60 security guards in 3 worker committees. They think they can get some back pay wins and usually the labor courts are friendly. They find out if they can win within 2 weeks to 3 months, if complaints are appealed, than the timeline takes much longer and they generally lose.
Everyone pays dues though to Hristradut whether Hristradut represents them or not, which is how they continue to exercise power beyond their density.

Shlomo Swirski runs the Adva Center, and is Itai’s father. The Adva Center is the Center on Budget and Policy Priorities for Israel. They know ACORN through our Living Wage Campaigns.

Gili Rei is the Director of Commitment to Peace and Justice. Gili’s group does a combination of policy and advocacy. They teamed up with Community Advocacy to fight Maximus and a Wisconsin Works type program that they are trying to make happen in Israel. Gili’s group and Community Advocacy combined for a joint campaign to abolish many of the proposed draconian policies of privatized welfare reform. Gili’s group did the research and advocacy and Community Advocacy mobilized the recipients. Gili pointed out that obviously what was bad in Israel would still be considered luxurious in the U.S. The other interesting note was that they were able to work effective with the Labor Minister, from the ultra-orthodox party Shas. Despite their problems with his party and ideology around the occupation, their base is working class recent immigrants and so, they shared the issues with Maximus and privatization.

Barbara Epstein is the head of Community Advocacy and she is a social worker from Brooklyn who made Aliyah (emigrated to Israel in the late 70s). Community Advocacy began by organizing around the rights of Sephardic Jews (Mizrahi) who immigrated from Southern Europe and North Africa to Israel. The first issue they engaged in was around Mizrahi’s rights to gain real ownership to apartments they had occupied for 20 years. This housing issue was also a racial issue as it was public housing predominantly for Mizrahi.

Community Advocacy continues to organize around a variety of issues, particularly in large immigrant communities. They have a presence in Lod, Jerusalem Beersheba and in the unrecognized Bedouin communities in the Negev desert. Many of their communities have 60% getting some kind of welfare benefit. The organizing model is the antithesis of ACORN’s; door knocking is used as a means to move people into their offices and service centers. Most people who come into the centers have some ability to access benefits from government services and the center is all about training people, helping them write letters, role-play etc to get them in a position where they can go into the appropriate office and advocate for themselves. As they get experience advocating on their issues, it is hoped that they become a volunteer at the centers and mobilize or be active around some larger issues.

Another major issue is the fact that the best loan that folks can get is one with 70% Loan to Value, meaning that to cover the other 30% of costs, everyone buying a house or apartment must get the other 30% on the black market, whereas there are huge housing subsidies in the occupied territories.

Community Advocacy says that the notion of membership is a difficult thing for Israelis and they have some folks who have been volunteering for years being unwilling to call themselves members. Epstein also said that while she was deeply committed to organizing models and the need for dues, it was almost impossible in Israel.

Community Advocacy was pleased to be organizing in five places and counseled that we should think about building power in Israel the way we might think about building power in New Jersey, same idea and size. Also, multiracial organizing is further difficult as in cities with large numbers of lower income Jews and Arabs, there still is a great degree of segregation in the schools as there cannot be bilingual education because the holidays are so different.

They see 3000 folks in their centers per year, 25% with insurance, (health and social security problems). 40% are part of this W-2 program. Medicine pricing is a big issue. 60% of people’s issues can be solved through the centers but the organizing model cutes across ethnic lines.

There is an elected board. 30% of folks who come in have been door knocked and the other 70% were referrals.

Community Advocacy is also involved with something out of McGill University called Project Genesis, which trains local folks to then return and organize. Project Genesis has groups in Nablus and Amman and the Old City in Jerusalem as well.

Union density in Israel has fallen from precipitously to about 17% today.

There is a little representation in Knesset from leftist parties, communist, Me’retz (peace) and Green. No one we met with has any respect for the Labor Party. Dov Chanim from the Greens/CP was voted the most effective Parliamentarian, though that is still a dicey proposition as the Knesset as parliamentarians can do very little to influence process and legislation. 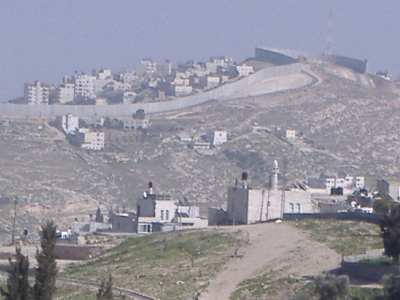