New Orleans     In the arcane ways that companies make millions of dollars on the edge of the predatory market from lower-income and working families, we are now hearing what a Chase executive in a conference call with ACORN yesterday called the “biggest changes in market pricing for refund anticipation loans” since the product hit the market in 1994. The shockwaves that are driving the pricing down — and that is the good news and the right direction — comes as a direct aftermath to the decision (see the blog a couple of days ago) that HSBC is reducing its footprint in this market where it has been a leader and preparing to discontinue this line of business to protect its brand. Because HSBC has been such a leader in this sketchy business and such an aggressive and intense competitor the other main players are scurrying to try and grab the market share that HSBC is walking away from and lowering their prices significantly to get there.

H&R Block had previously announced last August that they were moving down significantly to 36% APR on RALs for 2008. With several years left on the HSBC contract this movement set the stage. Chase is matching that price and trying to get under that offering. The other big players, Santa Barbara and Republic now need to move into our sights.

This is real progress and a significant reduction, and we have been supportive and complementary of the right movement by both companies. Unfortunately, it’s still not enough to make ACORN happy.

Even though the interest rate reductions on RALs are significant and many of the more abusive products in the market are being discontinued (particularly the movements over the last several years to cajole people into excessive pricing to get their refunds on pay stubs and w2s even before the end of the year), this is still not quite enough. The companies and the banks need to pick one way to make the money, not every possible way to make their money. There are still too many extra fees and charges loaded onto the RALs that jack the prices.

Chase unfortunately has a $10 “technology fee” for hooking up the refund that they have indicated they are dropping for the 2009 tax season but that is still there now. Furthermore, the fees that HSBC has dropped from their handling of the product still seem to exist at Chase. Our questions about the need for other charges on account set-ups and the like were also hard to fully fathom.

The problem in this business model is that the banks are claiming that they are hardly breaking even at 33 to 36% APR on the loans, so they have to load up the product with other charges to offset and make money. When they are crying this hard all the way inside the banks, then maybe this is not a business to be in?

So the good news is that these changes will save consumers desperate for their tax refunds a lot of money. We will crunch the figures soon and share them, but it is likely that the banks are having to leave literally $100’s of millions of dollars on the table that used to find their way from low and moderate income people in hard straits to their pockets.

The bad news is that this product is still more predatory that it needs to be or should be. We need affordability and we need an alternative. 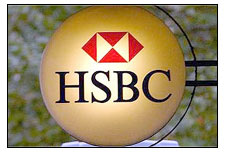