New Orleans     ACORN has been heavily engaged in discussions for months with various servicers of subprime mortgages in order to develop the ways and means to prevent foreclosures. There have been negotiations, meetings, actions, and everything else as we try to herd all of major companies into agreements, many of which are close to fruition now with some of the biggest companies in the industry. Every once in a while though we find some of the bad actors need some special education.

ACORN actions in more than 50 cities took Ocwen to school yesterday! We had tried to meet with them earlier and get them to do right, but for whatever reason Ocwen had written ACORN President Maude Hurd and simply refused to meet with us. Big mistake!

Our crack research teams in New Orleans and St. Petersburg managed to find some interesting things about Ocwen. One was the connections that Ocwen had to major banks, some of which ACORN members visited around the country yesterday to demand that they hold Ocwen accountable for better servicing practices and stopping foreclosures. Another was the fact that Ocwen had a very lucrative contract with the Veterans Administration (yes, a part of the US government!) to manage foreclosed property held by the VA, and they were doing a lousy job of it. But, good or bad, a company that refuses to do the right thing about foreclosures should not be allowed to have a contract with the government to handle foreclosed property. Hello!

Rep. Bob Filner, D-Calif, the chairman of the House Veterans Affairs Committee, said he’ll recommend that the VA not renew its contract with Ocwen.

In a key action yesterday in Palm Beach more than 40 members went to the main headquarters in Florida. Ocwen still is putting its head in the sand, but this is not something that will go away.

More lessons to come until Ocwen learns to do right….Perhaps some other companies who think their strategy made sense will learn some lessons from this as well.

We shall certainly see. 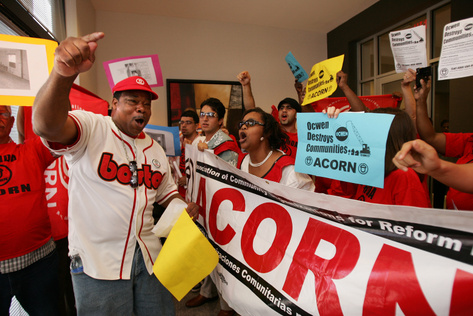 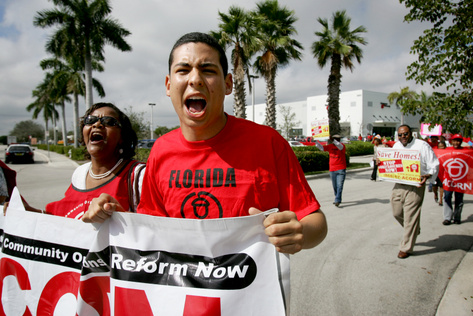