Lima      Gladys Arnao told me that she thought I had gained a couple of pounds. But, it looked good! Orfa Camacho, our head organizer for ACORN Peru made sure that I understood clearly that it had been 25 months since I had visited ACORN in Lima, and she was keeping track! Angelica Cedano was animated in making a number of points to me, convinced that my Spanish far exceeded what I had confessed. Oscar Medina was a steady voice as always. It was good to be back in Lima. It felt familiar if for no other reason than the fact that there had not been a single change in the staff in the couple of years since my last visit. Orfa has now managed this office for more than more than 3 years. When I was writing this she mentioned it was 3 years and 3 months.

Thinking quickly, I’m not sure that I can name an organizing team that ACORN has anywhere in the world that has a staff with this level of stability and experience. This is a serious operation! This is not to say that nothing ever changes at all. Oscar was one of our first organizers, but then had left and came back over a year ago. There was someone they had hired, who had to be let go. Nonetheless the team stayed the same and kept pushing.

We met together to brief one of the ACORN Peru leaders who had been denied a visa to the meeting in Mexico City. The conversation was inspired as always.

We talked about the recent victories in San Juan Lurigancho where we had won piped water up to the highest hillsides in 7 of the 20 organizations we now have in this huge area of 1.5 M — the 3rd or 4th largest mega-slum in the world. There were now demands from other “marginal” areas in SJL (which only outsiders might see as all marginal!), so everyone wanted to weight what could and could not be done, and what it would add to the organization.

We talked about the complex political and resource questions around whether or not to try to hold President Alain Garcia to his campaign rhetoric around making SJL a separate province and turning over the tax revenues to the “new” province. Nothing had happened, but campaigning was soon to begin this winter (June or July here) even though the elections were two years away. This was a tough issue with lots of consequences.

We talked about informal workers. The situation for waste pickers in Lima and the various areas was tenuous and they were not unionized. In some places they were licensed. In some areas we might have the leverage to win “recognition.” In all of the areas there were huge overlaps between our members and informal workers.

We also talked a lot about the proliferation of cell phones and how to send mass text messages to our members for meetings, emergencies, or whatever. We talked about what it might take to get Telefonica, the giant Spanish telephone company, to not just let people go “cell to bank to payment” but “cell to payment.”

This is a crack staff and the conversations were substantive. But, like all veteran organizing staffs, the bell hit 2 PM and it was time to hit the field, so these discussions and more would have to wait until tomorrow! 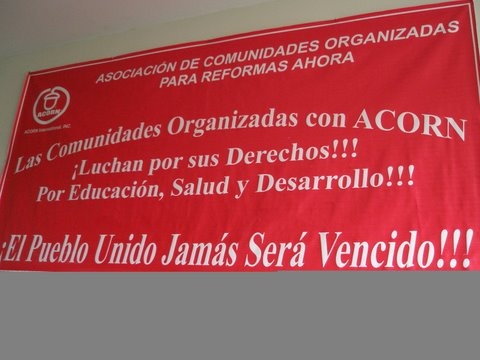 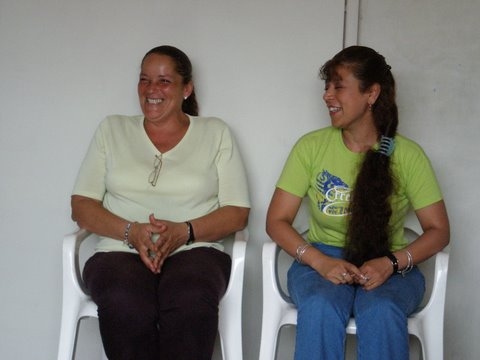 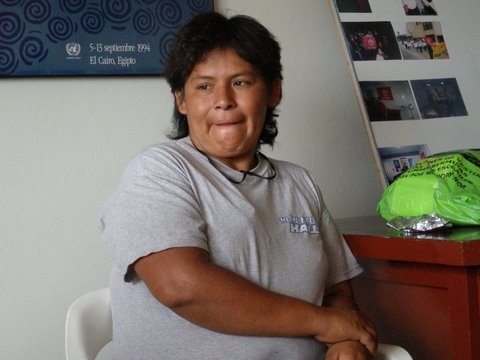 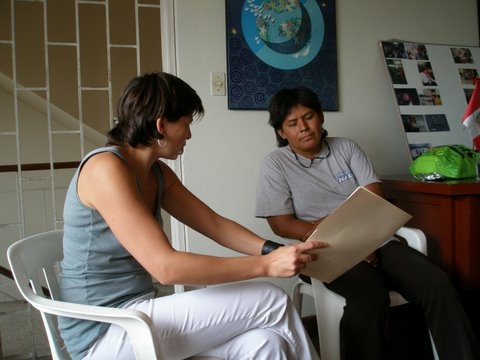 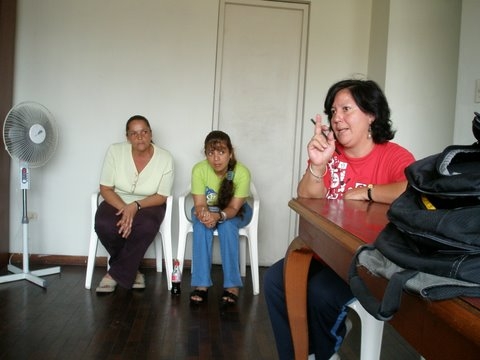