Little Rock     A judge in California Superior Court in San Diego has ruled that Starbucks erred mightily in allowing supervisors to get a share in the pooled tips for baristas since late 2000. Bottom line in this likely to be appealed verdict Starbucks is on the line for $105 Million is lost tips and interest for the baristas. That’s some strong coffee!

Makes sense, too. Supervisors, even if they do hit the button on the espresso machine from time to time, can’t have their hands in the tip jar as well or they are essentially pinching money from the hourly workers and stiffing the lower paid workers. Interestingly, the estimated size of the class is over 100,000 workers. Starbucks moves through some baristas in California don’t they?!? Each one might be looking at an average $1000 in lost “wages” in this settlement.

I should confess that I have certainly drank their coffee — how can you avoid doing so these days! But I’m not a huge fan. If you are charging almost two bucks for a cup of regular Joe that cost you a quarter or so to make, why can’t the company pay decent and living wages? The company supposedly does not rely on the tip credit to pay its baristas though of course the wages are not huge. They pay health insurance for part-timers and have some other practices that stand out compared to other hospitality and service companies. Starbucks is far from the worst company out there in the service sector. I’ll admit to that.

So what’s up with this tip thing as a subsidy on the wages of supervisors? 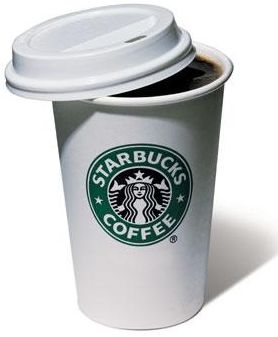