New Orleans     Here are a couple of notes of interest….

*** Calvin Trillin writing in the current National Geographic reports on rickshaw pullers in Kolkata. Contrary to what I have reported over the years based on organizing and public reports along with conversations in that great Indian city, the practice of having humans labor physically pull other humans continues to this date despite all efforts to stop it.

*** In an interesting series of pieces in Newsweek on Hillary Clinton and the bitter brew of gender and class a gaggle of authors, almost all women, comment on the curious phenomena that is the Senator from New York. Interesting to me is how many of the authors could cite personal connections over the long public place of Hillary in the nation’s life. One of the most interesting to me was written by Deborah Millan….

“But there’s also a more personal reason. A little more than 10 years ago I heard her speak at Rockefeller University in New York City….I felt good listening to this very smart woman broaden my knowledge about something I had known nothing about. Afterward, I joined the line that was filing past her to shake her hand, and when it was my turn I told her that she had given the commencement address at my Brooklyn College graduation. While shaking my hand, she looked me straight in the eye with that direct gaze of hers and said, “Wasn’t that a beautiful day?” It had been a beautiful June day — a blue sky and bright sun enhanced the elation that my friends and I felt as adult women who had returned to school for this achievement. I felt certain that she remembered how lovely a day it had been.
Some years later, probably while she was running for the Senate, I read an article that profiled her staff and talked about some of their strategies. I found out that she used stock exchanges. For example when someone remembered how they met her at such-and-such event, she was to reply, “Wasn’t that a beautiful day?” You know what though? It really didn’t matter to me when I read that, and it doesn’t matter to me now when I recall it. That afternoon at Rockefeller, Hillary Clinton displayed qualities that were important to me: a sharp intelligence and a strong commitment to social equality. And as far as I’m concerned, she remembered an important day in my life.”

*** Long piece in the New York Times indicates that the controversial project at Atlantic Yards supported by ACORN in order to see the construction of 2500+ units of desperately needed affordable housing maybe in danger of being either not built or built in very long drawn out stages. Bruce Ratner, the developer, indicates that he is moving ahead on building the Nets basketball arena, but delaying the other Frank Gehrey designed building, including all of the affordable housing we had been promised. This is going to mean more fighting with results uncertain. 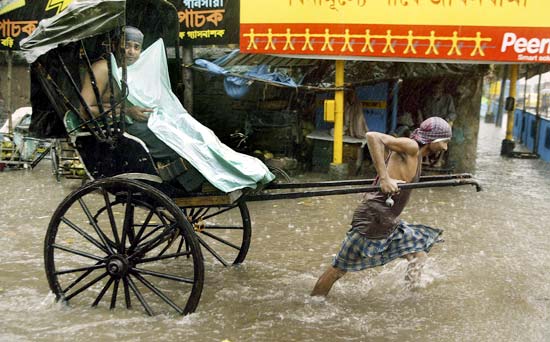