New Orleans      You would be surprised how often we debate the issues that revolve around “slum tourism” as these events have come to be called.

Most acknowledge the role of the favela tours in Rio de Janeiro in developing the notion that there might be value in taking tourists to see poverty. It isn’t hard to imagine the issues, the risks, the lack of boundaries, the outpouring of tendencies to be too patronizing, and the list goes on, but is there some value as well? For a professional community organizer, the answer is “yes” — I remember the first Organizers’ Forum trip some years ago in Brazil and taking one of the favela tours, and it was invaluable. Now they are also starting to spring up in Dharavi, the mega-slum in Mumbai, and elsewhere.

We debate the issues because we work in some of these areas and in some of the largest mega-slums in the world and we wonder whether there are not only educational and solidarity benefits, but also important ways to move some of our international operations closer to self-sufficiency. Are there opportunities in Mexico City, Lima, Buenos Aires, and Delhi for such “tours?” We suspect so.

Would the negatives both practically and politically be offset by the fact that we are non-profit, that the tours would be run and developed by local people that the focus would be on organizing and action in the slums? What if people had the opportunity to do some work with local people or send an email to a city official? Would it be too much if they joined in helping do sorting with waste pickers or picking up trash with cartoneros? Where should the line be drawn? Why should outside entrepreneurs be the driving force in such programs?

ACORN sees a similar problem in the constant requests for tours of the work in the Lower 9th Ward in New Orleans. Commercial tour buses cruise the small, torn streets in the neighborhood. There is no way to say no to friends and supporters who ask to see the area. Many make some donation. Others have funded us through the ACORN Institute Hurricane Recovery Fund at some point in the fast. Is there a point when we should offer such “tours” in New Orleans or is this too over the top? 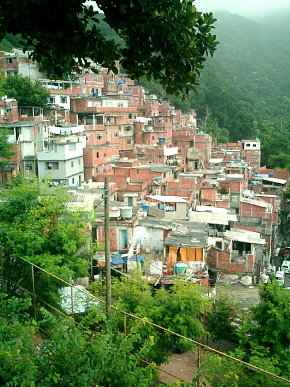