Pescadero      The Tides Network, including the Tides Foundation and the Tides Center, is in retreat here some 30 miles south of Half Moon Bay, the port of choice for Sir Francis Drake on his voyage of exploration (i.e. piracy!) hundreds of years ago. Cell phones and blackberrys don’t work though I have an intermittent signal on one from time to time, and there’s wireless. Every once in awhile it’s necessary to go off somewhere separate and without distraction to try and move forward, so I’m trying not to whine, and as Drummond Pike, the Tides CEO points out to me from time to time, we haven’t done this since 1995, so it’s hard to complain that we’re overdoing it, but that doesn’t necessarily make me happy despite the value of the meeting. I find myself working on several tracks with one mind listening to the facilitators and the other continuing to keep up with my work.

Every once in a while though something engages completely.

We spent the entire day looking at the concept of “structural racism.” There had been 135 pages of reading, and some of our colleagues were uncomfortable with the day’s discussion. Part of the problem was alleged to be “language.” When the concepts were presented as “systems analysis” within a “frame” or “lens” (kill me if I every say either of those words!), people “got it” and felt that the perspective elucidated things nicely. But, when the analysis was coupled with the word “racism,” then you could’ve cleared out the room with a whisper, since many folks were clear there was a loaded hand grenade in the room. Over the last 40-45 years of struggle within this intellectual framework, it is surprising that within progressive forces there might be such a cosseted world that some had not learned to navigate through these seas. Makes me wonder, but….

There was one interesting “gotcha” moment that was fascinating. One of our board members is the esteemed John Powell, professor at Ohio State and director of the Kirwan Institute on Race and Ethnicity there. In looking at “structural racism 101” he mentioned that he preferred the definition of the term given in Wikipedia to the one that the facilitators were using that came from dictionary.com or some such. Someone asked the difference. Powell pointed out the discussion and impact of “transactional” versus “transformative” impacts within structural racism and had the facilitators read some paragraphs in the Wikipedia version.

For the sake of transparency he laid down his trump card: john had written the Wikipedia version!

What a great way to make the point! Cite the definition, go to the source, and write the definition yourself! A lesser light might have left us in the dark, but the possibilities in this brave new world of being your own expert source are both frightening and powerful! 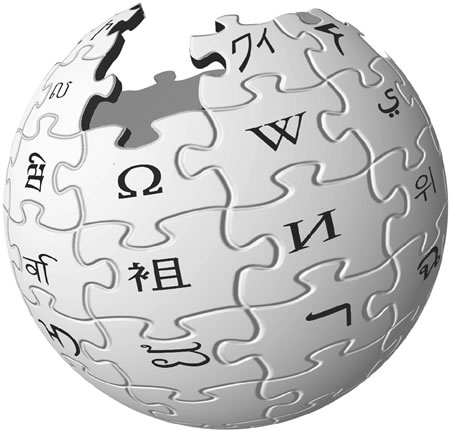