Half-Moon Bay     Let me share an experience out of the ordinary for me at least and that was being on a panel among the literary lions at the annual Tennessee Williams Festival in New Orleans. The panel was titled “American Problems, Southern Solutions” after the recently published Tony Dunbar edited volume to which several of us had contributed essays.

In this number was Jason Berry, a well known writer in the New Orleans area who has written books on Medgar Evers as well as the crisis in the Catholic Church. A well known and award winning columnist and writer from the North Carolina area named Hal Crowther was also on the panel. The whole thing was moderated by Michael Sartisky, the long time director of the Louisiana Endowment for the Humanities, and one of the sponsors of this Festival, I gathered. I was the caboose on this fast moving train.

What intrigued me was the realization that despite the fact that this panel was titled after the book and well attended with over 100 people riveted to their chairs, it was really not about the book at all it seemed. The book was also ran in the room. Referenced once or twice with some glancing mention were the essays that Berry had submitted (on Katrina) and myself (on labor’s failure to organize the South), but mainly this was “performance” by the panelists seeking to engage the audience with their wit and erudition presumably to convince them it was worth the money to get to know the authors better. Or something like that? It was very hard for me to follow and fascinating in its own way. I assume this is what people believe sells books? Who knew?

So what the panel talked about for over an hour were the impact of race on the south, the fact that so much of the southern experience was understood from a rural perspective even to this day, the problems of the educational system in New Orleans, and all manner of topics under the sun within the general framework, which in retrospect makes good sense, of whether or not anyone in the south really has something to say to the rest of America about how to “solve” national problems. I guess I should capitalize the South, because that was definitely the way the conversation went.

I managed to survive by shrewdly introducing the fact that my mother was in the audience so people should be careful not to attack me too harshly. One of the highlights of the Tennessee Williams Festival is the contest where people yell “Stella” in the middle of the street. Somehow that all makes more sense to me now in a strange way since I have witnessed firsthand this system of social networking on a stage to try and convince people to care about this old school thing of reading a book. 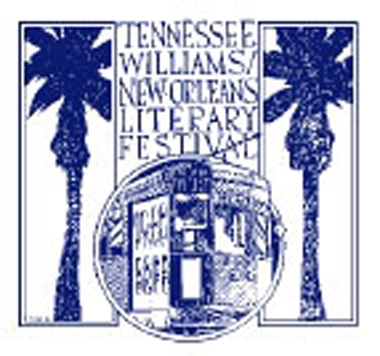