New York City     No stronger case was made at the recent dialogue of the Organizers’ Forum of the critical opportunity to increase progressive capacity and impact additionally on equity than the one made by the labor participants from the AFT, SEIU, UFCW, and the AFL-CIO. Stewart Acuff, the AFL’s Organizing Director, and Fred Azarcate, the former director of Jobs with Justice, who now are spearheading the campaign to pass the Employee Free Choice Act or EFCA as too many of us still call it.

Stewart and Fred’s first task was to reassure the dialogue participants that EFCA could in fact be won. They reminded everyone of the number of votes last year. They told “inside” stories of who high a priority the Democratic leadership and others were placing on an EFCA positive vote for new candidates in House and Senate races, along with the Presidential candidate commitments. They emphasized how important allies in the community were and the work being done now by ACORN in Arkansas and others in Nebraska and Colorado to keep the pressure on.

The most well known, and controversial, feature of EFCA is the provision for “card check” recognition, which means a certification of the union based on a presentation of a majority of employee signed union authorization cards, rather than an election procedure. Elections are still possible, but not necessary. The other provisions are almost as important. There would be real financial penalties for firing workers for organizing, rather than the paper posting which is hardly a hand slap now. In the area of contracts there would be a procedure that not only requires good faith bargaining but would require mediation if bargaining broke down and even arbitration to enforce a contract between the parties as a last resort. This would be a sea change in all directions, which also means that there will be a firestorm of opposition from business opposing every feature and trying to dilute these provisions in any way possible!

SEIU’s Michelle Healy made the excellent point that not only was the fight important but so was preparing to take advantage of any prospect of passage so that the opportunity won was actually seized. Acuff assured that meetings are happening, but the Michelle’s point about organizer cynicism resonated in the dialogue. Jeff Fox, the organizing director for the British Columbia Government Employees’ Union (BCGEU) shared the experience from Canada with similar labor legislation. There as the government switches from time to time between the left and right, the direct recognition provision is an ideological touchstone which is given and taken with each administration, but some of the other provisions that undergird a system giving real protections and rights for workers remain regardless thereby strengthening unions tremendously. This was a very important insight.

[Jeff was also responsible for the quote of the dialogue: “if you kill one monkey, you scare a thousand!” Other great ones: Joe Szakos making the point that a problem was “in the same neighborhood, just a different street” and Michelle’s memory of a great quote from former Louisiana governor Edwin Edwards from her time in New Orleans when he assured the crowd in her presence that “I may be rancid butter, but I’m on your side of the bread!”]

Zach Polett, ACORN’s political director, made the related but critical point that on the community side we needed to find similar provisions that dramatically increased capacity and resources as EFCA would do for labor. Not enough work has been done in this life or death area, but heads were nodding.

In the evaluation Ken Johnson and others still expressed the concern that there was a huge amount of work to be done and time was fleeting, but everyone was convinced at the end of this Organizers’ Forum dialogue that there were huge issues at stake and the opportunities were immense. 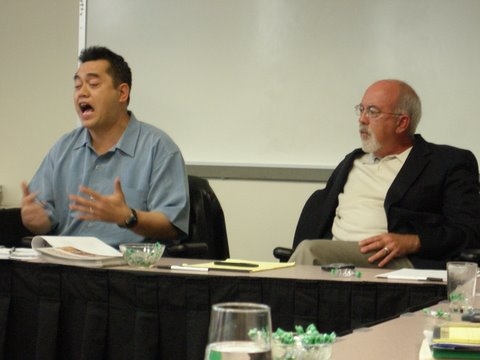 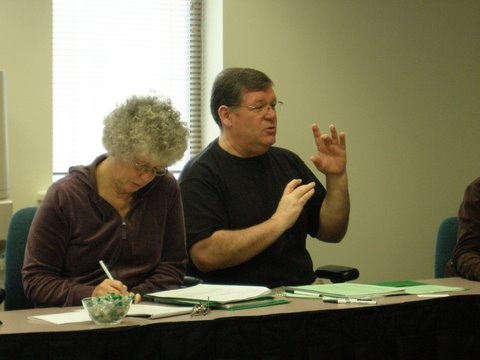 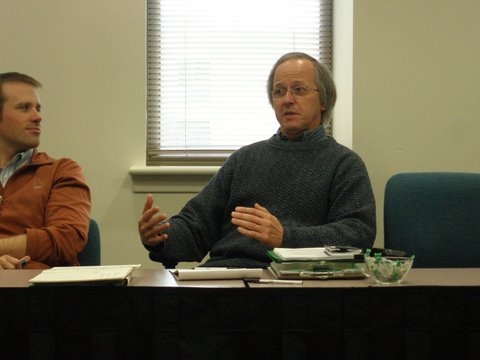 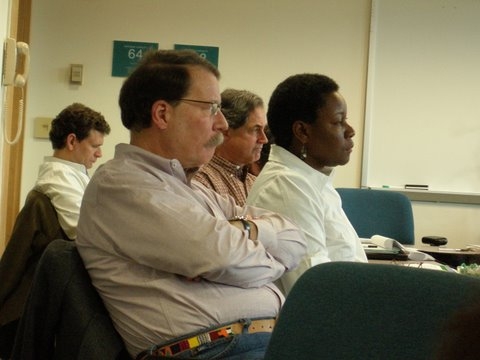