New Orleans     The Titanic went down 96 years ago and the arguments continue. A story running around the world in recent days seems to provide another clue: the rivets in the bow and some other areas were sub-par. Naval archivists and others have determined that some of the rivets were made of iron (the Titanic builders in Ireland had not switched to steel yet as others had done) at less than the best strength. These cheaper rivets were put in areas thought to endure less stress, like the bow, which is where the Titanic ran afoul of an iceberg to its peril and that of its passengers.

This being the world as we know it, fingers were also pointed at the quality of the workers because the board notes also indicate that they were having trouble finding enough skilled riveters to do the work. Handling the pig iron rivets required some real skill in making sure they were red hot and hammered expertly in order to maintain the clasp. It was nice to read that a descendant of one of the riveters stood up for the quality of the work done by his ancestors, but in a century long blame game men and materials could be expected to take a beating, while the managers still try to pass the buck even when convicted of their own minutes and the shortcuts they were taking in price and pay while claiming to build the best ship ever.

What’s done is done. This story could be told countless times every day in the price of blood and bodies all over the world where price and profit deliver the pain. I doubt that is the lesson that those still fixated by the Titanic will take away with them. 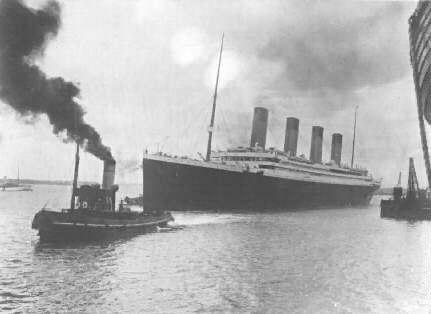