Delhi      Having enrolled 1,000 members in the last several months into ACORN India’s first major organizing project in Delhi among informal workers working as waste pickers, the highlight of my trip was being able to be part of the first major organizing meeting of 50 delegates from the ACORN Waste Pickers in the Gandhi Peace Center. The delegates heard welcomes and exhortations from a number of friends and allies at the meeting and then filled half of the steering committee spots from the membership to guide the work in coming months.

Several rag pickers spoke from the dais about issues they faced in their daily work. One was being recognized as workers at all! Constant harassment from the police coupled with the migrant nature of our membership makes the membership identification card an important resource of this emerging union of waste pickers. One tale after another was told of police picking up our members, holding them in the station and making them clean it as part of their “penalty” and then trying to extract a “fine” or bribe of 500 or 1000 rupees ($12+USD – $25 USD) before release which is a worldly ransom for workers barely making $1USD per day.

The issues came slowly but powerfully. The hazards of dealing with waste without tools or gloves or aprons and the organizations fight to win these from the Delhi Corporation were detailed. They spoke to problems in the commercial relationships between the waste pickers and the scrap dealers who were often in almost the same board but sometimes locked together like sharecroppers working a neighborhood instead of a field.

Surprisingly, one almost never heard the issue of pay expressed in wages or any monetary terms. The issues were powerfully about dignity and respect. At the heart of all of the discussions were the human right to work and the expectation of work receiving some basic, bottom line accord from the rest of society. Clearly, this would have to be a fight for economic justice, but also a fight for fundamental civil and human rights.

Sashi Bhushan, ACORN India’s Organizing Secretary for this project of building a strong organization of ACORN Waste Pickers spoke about the dealings with the city, the early successes in winning the work in two wards, and the 300,000 waste pickers we needed to organize. This would be a major job and a historic fight, but in the faces of the members leaning forward intently to the remarks that they had sacrificed a day’s pay to hear, it all seemed to be worth whatever efforts and sacrifices might be involved to also be here the day the victory will be won. 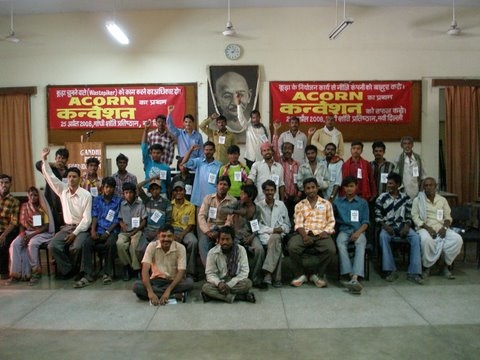 introduction of newly elected steering committee members
Many of ACORN’s Wastepickers come from Bihar, one of the poorest states in India, and these were from the same town. Sashi and Dharmendra are also from Bihar. 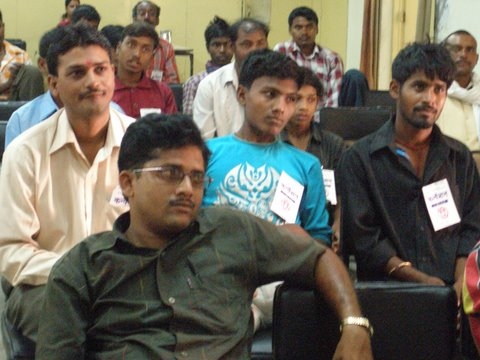 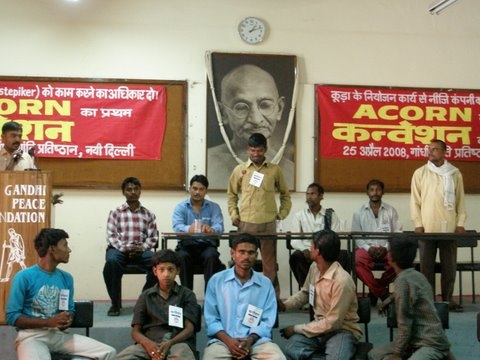 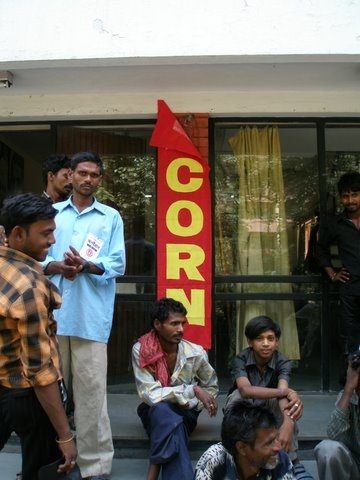 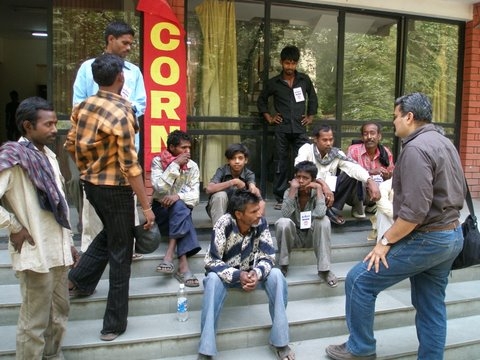 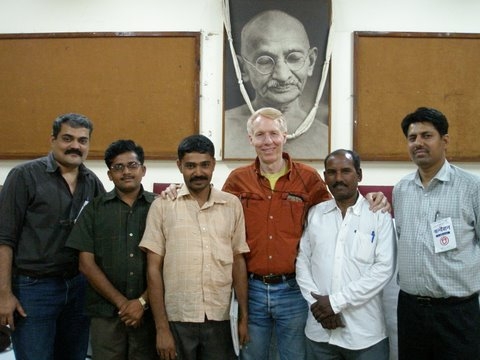 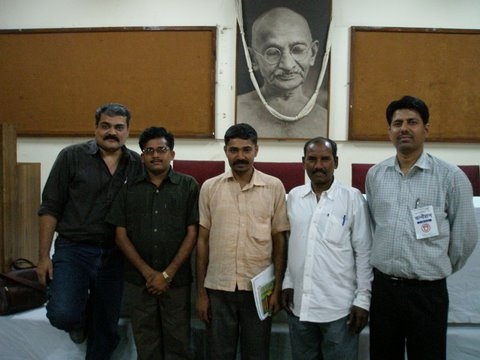 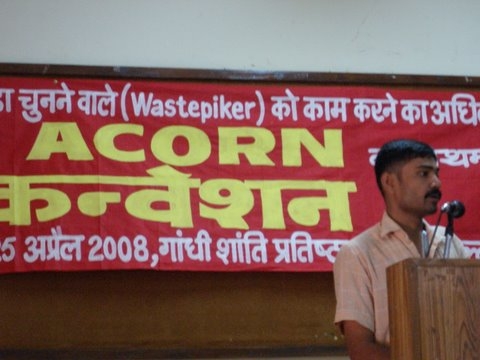 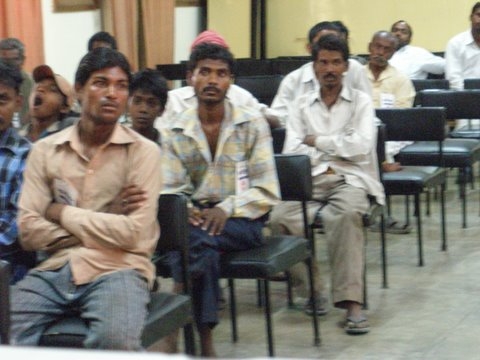