Navi Mumbai     Mathadi workers are the head loaders, bearers, and stackers on shipping docks and in trucks all over the country. They work in gangs of usually three workers with their grappling hook to tote and balance the sacks on their heads and in the piles on warehouses and lorries. They were usually informal and hired in an Indian version of shape-ups at the work place.

As Mathadi workers unions confronted this problem, they also faced the big issue in organizing informal workers of how to “create an employer” so that they had something and someone to bargain improvements in wages, benefits, and terms and conditions of employment. In Maharashtra the development of the Agricultural Production Management Corporation (APMC) was central to both creating a huge location and distribution center for commodities, but also creating an “employer” for the Mathadi workers. The APMC created a tri-partite board of the union, the state government, and the commercial interests. This board was able then to negotiate directly with the union, set wages, terms and conditions of employment, and benefits.

The problem had been, as it often is, in similar situations one where there were too many employers therefore none that would take responsibility. The traders who handled the commodities took their percentage by the truckload when they made the sale. They knew they relied on the Mathadi workers to load and unload their space in the warehouse onto the trucks, did not recognize themselves as employers. The truck drivers knew they were moving the load and that the Mathadis were putting the goods on their truck, but they were surely not employers. The gangs were riding with the load to then pull the goods from the truck into the retail establishments but the retailers were buying their piece of the load rather than seeing the workers as anything but part of the transaction.

The APMC board though could finally take the responsibility for assigning the workers through the work gangs to the space, the trucks, and then to the offloading, and in doing so could guarantee that the wage rates and benefits were rolled into the cost that everyone then shared on the transactions and paid for the work. Much of this sounds exactly like the authority structure that is being proposed in West Coast ports in San Pedro and Seattle to create an “employer” with similar rate setting and assignment functions for the port truckers who pick up and distribute the goods in that setting.

The mathadi system through the APMC worked well in Maharashtra but like the political solutions for informal workers in the West as well, it depends on a government willing to wrestle with the problem and try to solve it, so it has not spread to other Indian states in the same way, just as the create of public authorities for home health care workers or port truckers are unlikely to be national resolutions in the United States either as opposed to opportunistic and creative breakthroughs when workers have enough power and their organizations have enough leverage on the political and commercial process to force solutions. When that happens it’s a huge victory for informal workers. Standing in front of the huge building owned by the mathadi workers union, I looked at the statue of the former union president in a cage along the entry steps. His son was at our India FDI Campaign Joint Action Committee meeting for Navi Mumbai later in the early evening. I complimented him on his modern offices and hall. He said his father had been the architect of the APMC act, and for what it did for the 50,000 mathadi workers in his union, that very well may have been worth erecting a statue at his death. 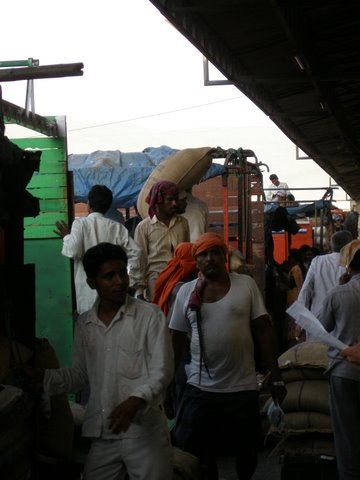 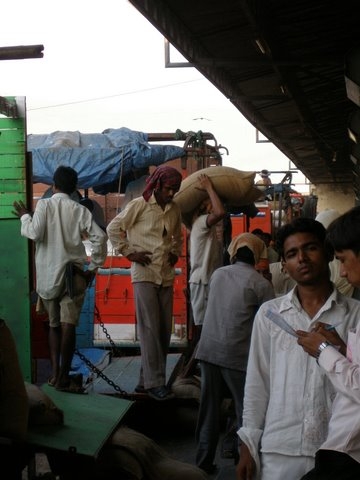 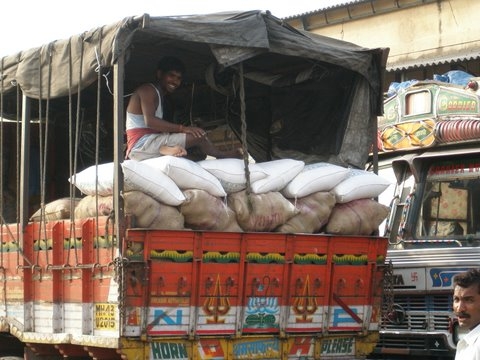 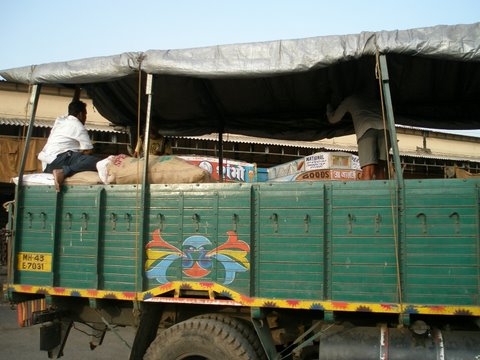 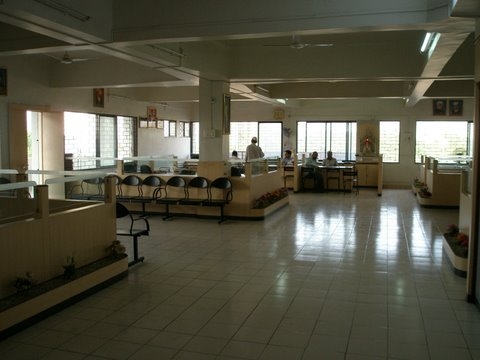 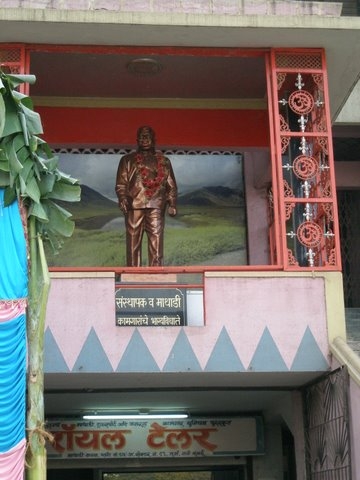 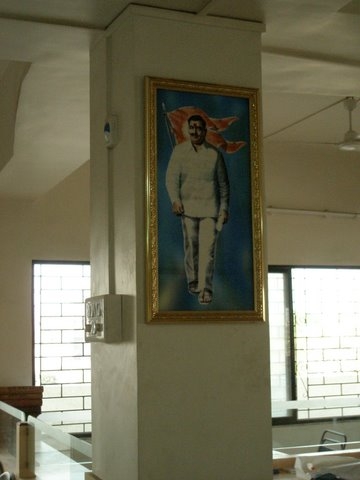